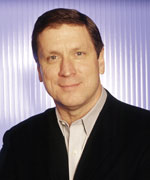 Sacramento, CA, U.S.A. — (METERING.COM) — November 20, 2006 – The California Department of General Services (DGS) has been honored by the U.S. Green Building Council with a USGBC Leadership Award for designing, building and operating state-owned facilities cited as models of energy efficiency and environmental quality.

“The California Department of General Services is a leader in the green building industry,” said Rick Fedrizzi, President, CEO and Founding Chair of the U.S. Green Building Council. “The work of DGS and their dedication to the green building movement serves as an inspiration to us all.”

DGS Director Ron Joseph accepted the award during the USGBC’s 5th Annual Greenbuild International Conference and Expo. The event was attended by thousands of architects, builders, engineers, developers, facilities managers, interior designers, manufacturers, government officials and environmental experts from around the world. The USGBC is a coalition of building industry leaders working to promote buildings that are environmentally responsible, profitable, and healthy places to live in and work.

DGS was honored for, among other things, implementing Gov. Schwarzenegger’s Green Building Initiative, which mandated that new and existing state-owned buildings should seek the USGBC’s LEED certification for outstanding energy and resource conservation and environmental responsibility. An executive order by the Governor called for a 20 per cent energy-use reduction in state-owned buildings by 2015, to meet the high standards of the USGBC’s LEED (Leadership in Energy and Environmental Design) certifications.