João Torres, who over the past 15 years has become well known internationally as the face of EDP distribution activities, takes on the role of strategic advisor for the implementation of EDP’s Global Distribution and Transmission Networks Platform, effective April 14.

In this new position he becomes a key figure in the delivery of EDP’s future networks globally. He also joins the board of directors of the distribution companies of EDP Brasil as a non-executive member.

In his role as CEO of the distributor, Torres led the investment made in the national electricity grid that allowed for significant improvement in the quality of service, with reduction of regional asymmetries and increased efficiency of operations.

These have included the implementation of smart grids, particularly with the introduction of new smart metering equipment and strong momentum in the automation of the network.

He also has been at the forefront of the transition of Europe’s distribution networks as a member of E.DSO’s board of directors over the past decade, serving as chairman from 2013-17 and a vice-chair subsequently.

Ferrari Careto becomes the new president of E-REDES. With a degree in Economics from Nova Business School, he has been with EDP since 2003, serving most recently as Digital and IT Officer and head of the Digital Global Unit.

Previously Careto had been a director of several companies in the telecommunications sector and was a member of the Board of Directors of Portugal’s national communications regulatory authority ANACOM from 2006-12.

EDP’s Global Distribution and Transmission Networks Platform was introduced in the Group’s strategic business plan for 2021-2025 with responsibility for managing its networks.

The ambitious plan sets the path towards 100% renewables production and carbon neutrality by 2030 with €24 billion ($28.6 billion) investment by 2025, primarily in wind, solar, hydrogen and storage. The target is 4GW per year and more than 50GW by 2030.

The plan allocates approximately €3.4 billion ($4.05 billion) investment in the networks in enhancing resilience and quality of service with digitalisation and automation. Among goals are for EDP to grow its distribution asset base, particularly in Spain and Brazil.

Targets are 100% smart meter penetration in Iberia and 75% remote metering in Brazil by 2025. 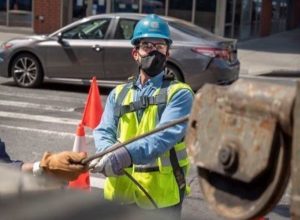