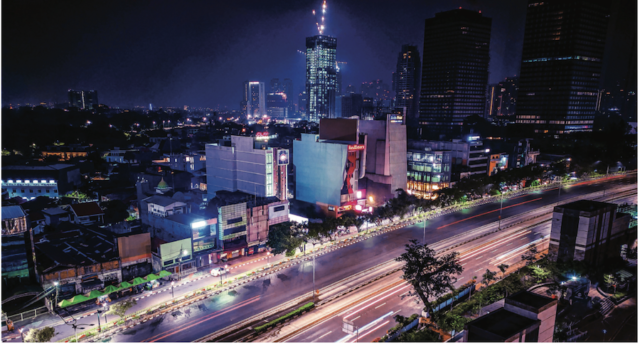 Kelvin Ross talks to Zulkifli Zaini who, as head of utility PLN, is tasked with electrifying Indonesia and empowering his 75 million customers.

Running Indonesia’s state-owned electricity company PT PLN (Persero) is one of the more demanding jobs among utility bosses in the world.

The company serves more than 75 million customers and is responsible for bringing electricity to Indonesia’s vast archipelago that comprises more than 900 inhabited islands.

This article was originally published in the Enlit Asia special supplement of
Smart Energy International Issue 4-2020.
Read the  full supplement, the full digimag or subscribe to receive a print copy.

It’s also an increasingly important member of the G-20 and is making impressive economic strides while signiﬁcantly cutting its poverty rate.

So when Zulkiﬂi Zaini took up the role of President Director six months ago after a successful career in banking, he knew he was stepping into a high-pressure environment.

What he could not have anticipated was that his ﬁrst half-year in the job would run parallel to the world being locked into an unprecedented pandemic.

He says during his ﬁrst six months he has been impressed by the dedication and motivation of his “fellow PLN-ers” and is under no illusion about the key role the company has to play in Indonesia’s economic recovery from Coronavirus.

As the effects of the pandemic kicked in across the country, he says “PLN as a corporation had prepared sufﬁcient electricity supply to support the government’s efforts.”

PLN was quick to try to mitigate the ﬁnancial effects on some parts of the population, by offering free electricity for those on certain tariffs and half-price discounts for others.

So Coronavirus aside, I ask him what the challenges are when electrifying an archipelago like Indonesia?

“It is a challenging job,” he reiterates ﬁrstly. “We have to operate on thousands of small islands and remote areas as well as the ﬁve large ones, in a distance which is the equivalent of London to Moscow.

“In some parts, such as eastern Indonesia, the infrastructure is not so good, so it is not easy to reach.”

Nonetheless, there is a government mandate for PLN “to reach 100% of the territory by the end of this year. In western Indonesia, this might not be so difﬁcult, but in eastern Indonesia it is.”

Zulkifli says that overcoming these geographical challenges will be hugely dependent on technology, such as pattern recognition and spatial optimization to pinpoint the distribution and population of remote villages.

“With these two technologies, we can make a pattern based on tabular data. By knowing the distribution and population, we can determine where to build an electricity station in each distribution cluster.”

He adds that the pattern recognition technology also acts to determine the most accessible energy resource for any particular village, be it solar, hydro, biomass or another form of generation.

It’s no coincidence, however, that the generation forms he highlights are renewable: boosting clean energy across the country is a key focus for him.

He explains that he has a transformational vision for PLN that is built on four pillars: “Lean, green, innovative and customer-focused.”

The ‘green’ part involves increasing the percentage of renewables in Indonesia’s energy mix from the current 14% to 23% by 2025 and he asserts that “environmentally-friendly energy will become the main energy in the future because the price is getting competitive.”

The focus on the customer is one he is keen to dive into in detail and listening to him speak, I did wonder if his attention to customer detail has been honed in his banking background: he previously worked at Bank Mandiri and Bank Negara Indonesia.

Today’s customers are different from five or ten years ago, he says, which in turn means that a utility has to be different too.

“A service provider who doesn’t want to change and listen will be left by the customer and the business will not grow,” Zulkifli says.

He highlights how PLN is preparing the ‘New PLN Mobile’ app which he says, “will be more customer-friendly” and offer “new experiences to customers and ease of getting electricity services, submitting complaints and paying bills.”

“The new PLN Mobile will have better user interface and ease of use. There’s no need to go anywhere to purchase electricity tokens, install new connections, add power or pay bills. In the application, notifications will appear when there is a power outage due to maintenance, customers will be notified in advance, and it is customized only to affected customers.

“We also use geospatial technology so that each customer’s position can be known, and what information they need most can be accurately managed.”

In July, Indonesia’s Ministry of Energy partnered with the International Energy Agency (IEA) to accelerate the uptake of renewable energy in the country.

The ministry and IEA are partnering with utility PLN to launch a new joint project on electricity and renewable energy.

The three parties will design and implement a new flagship scheme to encourage private investment in renewables and strategies to enhance integration with main grids.

This cooperation falls under the Joint Work Programme signed by IEA Executive Director Dr Fatih Birol and Indonesia’s Energy Minister Arifin Tasrif in December 2019. The programme builds on many years of strong collaboration between the IEA and Indonesia across all fuels and all technologies.

Optimising the country’s power grid is a key focus for PLN as part of Indonesia’s economic recovery from COVID-19.

Despite the country’s energy sector being heavily hit by the pandemic, Indonesia has managed to provide free or discounted electricity to 33 million of its most vulnerable families.

IEA, the Indonesian government and PLN will also collaborate on electric vehicle regulation, electricity system investment, and ways to reduce energy imports. Dr Birol said: “As the world’s fourth most populous country, Indonesia is critical to global energy and an incredibly important member of the IEA family.

“We are very happy to be working with Minister Tasrif and his team on this high-profile effort to support Indonesia’s ambitious clean energy transition. I look forward to welcoming him at the IEA Summit and hearing him share insights from Indonesia’s experience – and views on the best path forward.”

The series will provide unique insights into the utility and highlights the opportunities ahead in ASEAN’s largest energy market.

Each episode will open with an in-depth interview with a senior PLN representative exploring a core pillar of the company’s New Energy Paradigm, followed by a deep-dive panel discussion with stakeholders from the Indonesian and international power and electricity sector.

To find out more, visit www.enlit.world/asia 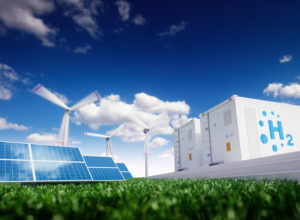