US and UK utility PPL Corporation has held initial talks about the possibility of merging with a Connecticut utility Avangrid according to media reports.

The deal is noteworthy – valued at an estimated $67 billion, including debt, but the two parties have remained tight-lipped, despite several financial news outlets, including the UK’s Financial Times, reporting on the negotiations.

If talks move forward and the two companies were to merge their entire operations, the deal could see the formation of a new contender to the crown of the largest utility in the US and upset PG&E’s claim that title.

“At that point, we would become involved and take a look at the transaction and how it impacts ratepayers and the communities,” said McCloskey, whose office represents residential consumers.

She said the companies would need to show regulators a merger was “in the public interest.”

Related Stories:
–Where two of the world’s biggest utilities are investing
–California orders a raft of “immediate corrective actions” by PG&E
–GE fined €52 million for false information during takeover bid

Avangrid provides gas and electricity to 3 million customers in New York and New England, owns a renewable energy business that operates in 24 states, including wind turbines in Texas.

PPL has assets throughout Pennsylvania and Kentucky, and it’s UK subsidiary, Western Power Distribution, which accounted for 30% of the company’s 2018 revenue. The combined operations sell electricity to more than 10 million customers globally.

The Financial Times, which is based in London, attributed its sources as being “people familiar with the matter.” Noting that the companies are exploring various options to structure the transaction.

Meanwhile, the merger could include an investment from Iberdrola, the Spanish utility that owns more than 80% of Avangrid. 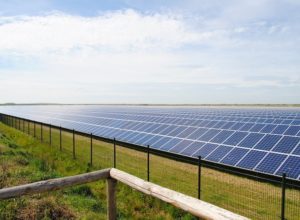