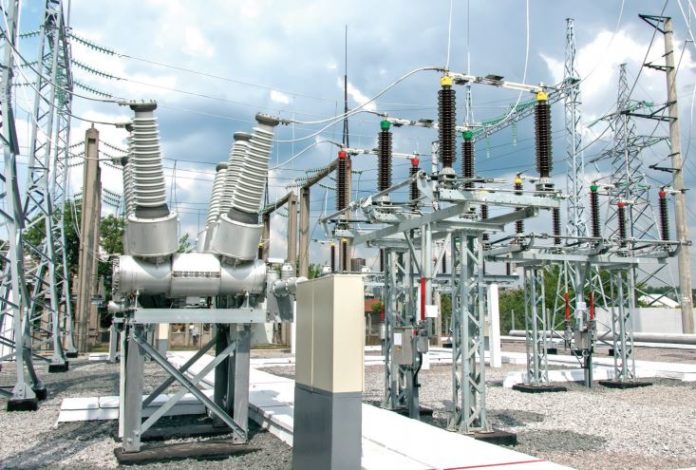 Energy producing resources are becoming more diversified with wind, wave, marine, hydro, biomass and solar all adding to traditional methods. In most developed countries around the world, renewable energy now produces a growing proportion of the total energy output, and above 20% for the first time in the UK. That means utility operators need to manage a much wider portfolio of assets in a smarter, more efficient way.

However, this is only achievable through the capture, storage and interpretation of vast amounts of data from physical assets. The technology capable of achieving this utopia is the remote telemetry unit (RTU), which is one of the reasons why they are now a critical part of most power generation and distribution operations.

In simple terms, they convert vast amounts of data into effective management information, whilst having an ability to act autonomously to keep equipment functioning.

This digitization of the energy sector using RTUs is happening at pace. Historically, maintenance engineers didn’t have visibility of asset conditions within the grid – adopting a reactive rather than proactive approach, simply because they didn’t have the technology to inform them of when and which asset required attention. However, deployment of RTU systems is changing this, creating smart grids that help utility firms optimise service to customers.

The scale of the challenge facing the power generation industry is daunting. By 2040, the International Energy Agency is predicting that annual global electricity consumption will be 70% higher than it was in 2015.

This huge increase poses some serious questions: how can nearly twice as much electricity be supplied from a more fragmented generation side to a more demanding, urbanised consumer that is away from the physically-remote points of generation.

At the same time, penalties for outages are mounting. Recently, Britain’s energy regulator fined three electricity suppliers a total of £10.5 million for a power outage in August 2019, which affected one million customers and caused transport chaos.

Across the world, more demanding consumers, stricter regulation and renewable forms of energy are growing. According to the IEA, China is the undisputed growth leader in renewables and will account for over 40% of the total global clean energy mix by 2022. In India, renewable capacity is expected to more than double during the same time.

With such a diverse range of assets covering generation, distribution and consumption, technology is the only way of creating a ‘smart grid’. Specifi cally, RTUs, even though only a small element of this network, are critical because they capture data from a wide range of assets and convert it into effective management information.

A more diverse range of power generation types creates challenges within the grid. Assets such as wind turbines and solar PV are often in remote locations and face harsh environments. Maintaining continuity of supply from the point of generation to the consumer becomes harder as a result, requiring the careful and permanent monitoring of equipment. An aggravating factor is that these remote locations can be characterised with only satellite or sparse GSM radio signals.

However, recent advances now make it possible for each RTU to act autonomously or communicate by radio with a telemetry data gateway that is connected to a cloud computing infrastructure equipped with appropriate software capable of presenting processed information to management.

Reliable low-band telemetry can collect data from most assets in the energy sector, where they act as the ‘canary in the mine’ when it comes to predicting, diagnosing and communicating outage events.

One of the key benefits of RTUs is that they can perform autonomous control in real time and then report to SCADA that it has everything under control. Operators at the SCADA interface can ‘supervise’ the operations by setting new KPIs or updating instructions (open/close this, start/stop that, for example) for RTUs to then act upon and manage locally.

This ability makes them particularly suited to the power generation sector because RTUs are resilient to the site environment, have an ability to operate with minimal drain on local power resources, whilst retaining the processing power to perform local control algorithms autonomously.

Despite this, some utility companies across the globe are using outdated or first-generation telemetry that simply isn’t up to the job. Conversely, the latest RTUs have been designed specifically to overcome the challenges in the energy and power sector. The message, really, is that you may have used telemetry before, but the latest RTUs are a world away from first-generation units.

For instance, there has been a significant improvement in RTU processing power and memory, meaning that they are effectively a PC in the field. With that, they can run and store data in the most challenging of applications. This increased processing power facilitates the Industrial Internet of Things (IIoT).

A significant area of opportunity is the ability of IIoT to create smart grid assets, even those that are part way through their lifecycle. For example, deploying the latest RTUs with processing power on an old asset can turn it into a ‘smart’ asset. This helps operators to make the most of their aging equipment and reduces replacement costs.

This advancing technology will help operators manage distribution networks more effectively. For example, incorporating real-time weather information for generation companies so they can better predict, demand and reduce pressure on the system.

As more assets become connected to the internet as part of the IIoT there will be an increased risk of cyberattack, which has the potential to cause grid outage and even shut down national systems. As a result, RTUs need to incorporate a range of security measures such as Firewall SSL (authentication & encryption), HTTP, FTPS & SFTP, SMTPS and open VPN. Auditing is carried out regularly according to IEC 62443 4 2 and ISO 27019.

Smart power grids are vital to the success of a lower carbon future as well as reducing and preventing the number of outages. That means RTUs will continue to play a prominent role in making sure assets between the point of generation and the consumer operate effi ciently. Gone are the days when there was a handful of large power generation plants with a relatively straightforward grid supply through to the consumer. The future is one of digitized and fragmented distribution systems that are more responsive to the needs of consumers and producers.

A consequence of growth in both the traditional and renewables sector to cater for the 70% increase in demand by 2040 will be an exponential surge in data. It is those companies that can collect, store, analyse, trend and action this as usable information that will be able to make real-time decisions around the condition of grid assets.

It’s worth bearing in mind that one thing that works in favour of RTU systems is the financial benefit; avoiding outages is easy to understand and quantify financially.

Distribution automation is another benefit, because it allows assets to be controlled autonomously whilst avoiding having to place personnel in remote, hostile environments. That means telemetry projects have a rapid return on investment, making them self funding in the short term.

The message is that RTUs allow utility operators to react quickly when issues occur – in many cases, without having to send an engineer into the field because the RTU makes autonomous decisions (within agreed parameters).

This kind of approach is the only way that utility companies will be able to cope with greater diversification of assets, increased competition and ever more stringent demands from consumers.

Decentralisation, moving electricity generation from a few large hubs to a distributed network, will be one of the largest challenges over the next decades. However, RTUs will make this possible by creating millions of new intelligent grid assets.

About the author:
Matthew Hawkridge is Development Director at Ovarro, formerly Servelec Technologies.