At the UN General Assembly in New York, the Prime Minister outlined over £160 million of funding to help countries transition to cleaner, greener energy systems and support communities affected by climate change.

The UK is a world-leader on clean growth and green finance and is pioneering efforts to build greater resilience to climate change. It has cut emissions by more than 40% since 1990 – more than any other G7 country on a per person basis – and its legally-binding targets will see emissions fall by an average of 57% over the period 2028 to 2032 and at least 80% by 2050 from 1990 levels.

The UK is committed to sharing its expertise and developing countries in the global challenge of tackling climate change.

The government has committed at least £5.8 billion of funding between 2016 and 2020 to help developing countries both reduce emissions and build resilience to the impacts of climate change.

Appearing at the 73rd Session of the UN General Assembly in New York, Prime Minister Theresa May was clear that it is only through collective effort that we can successfully address the threat of climate change. She joined the UN Secretary General to call for countries to work together and strive towards ambitious outcomes at COP24, at the UN Secretary General’s 2019 Climate Summit, and beyond.

According to the initiative:

She also said the UK would:

Energy and Clean Growth Minister Claire Perry said: “We were one of the first countries to recognise the challenge and huge economic opportunities of the global shift to a greener, cleaner economy – putting clean growth at the heart of our Industrial Strategy.

Now we want to share our world-leading expertise with developing countries. This £60 million programme could provide the boost they need to begin their own clean growth movements, building economies fit for the future.

UK aid is supporting the government of Kenya to build systems that will help them to withstand the devastating impact of future climate shocks.

The UK will lead global efforts to mitigate and respond to the effects of climate change protecting food, water and jobs for the future, and building resilience to cut the impact and cost of natural disasters. It is well placed to offer this expert advice and support in cutting carbon emissions as a global leader in tackling climate change, playing a vital role in negotiating the Paris Agreement.

The UK was also the first country to introduce domestic legally binding emission reduction targets and has reinforced this commitment by joining the Carbon Neutrality Coalition, an initiative led by New Zealand and the Marshall Islands that will promote long-term planning and ambitious action in support of the Paris Agreement’s collective goals of net-zero global emissions by the second half of this century. 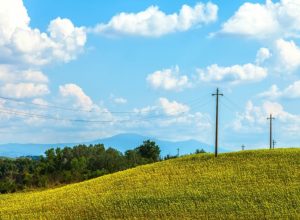