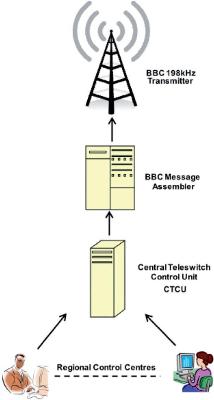 Energy issues: security of supply, rising energy costs, fuel poverty, global warming. Smart Metering is recognised as being part of the solution to these problems. To be more precise, it is the application of Smart Metering that will help deliver effective Demand Side Management (DSM). DSM is a set of tools to match energy supply and demand, these tools can be used to ensure optimum use of generation assets; to prevent system instability and unplanned outages; to defer or avoid unnecessary investment in new generation assets; to allow electricity to be supplied at lower unit costs at different times; to facilitate differentiation between electricity suppliers and to promote competition in electricity supply. Followers of the global Smart Metering and DSM debate could easily be led to believe that DSM is a new concept, in fact this is far from being the case.

The UK has a long history of promoting the use of electricity at times of low system demand (off peak tariffs) and from the late 50s and throughout 1960s and 1970s, the UK electricity supply industry was very active in marketing the use of electricity for residential space and water heating using thermal stores in the home. A name that many will be familiar with is “Economy 7”, essentially a differential tariff with seven hours of lower cost energy during the night time period. The idea of using the existing national broadcasting infrastructure to enable the staggered switching of large numbers of night storage heaters and water heaters, in order to avoid sudden large increases in load as night rate systems cut in, was originally considered back in 1964. However, the technology was not commercially viable for mass roll-out and it was not until the late 1970’s the UK Electricity Supply Industry embarked on an initiative to replace the conventional time clocks with a radio equivalent. By this time, nearly 3 million residential customers had chosen to buy electricity on differential tariffs.

Radio Teleswitching is essentially the transmission of digital data over radio for alarm, control and information to locations throughout the reception area of the radio transmissions. The UK’s Radio Teleswitch system was developed by a consortium including the BBC, the Electricity Supply Industry and equipment manufacturers. The motivation for the development was mainly borne out of the need to resolve several operational problems associated with conventional time clocks, in particular the need to reset time clocks after lengthy power outages, to maintain the synchronisation of the load with the periods of low system demand. A problem highlighted by the miner’s strikes in 1972 and 1974. 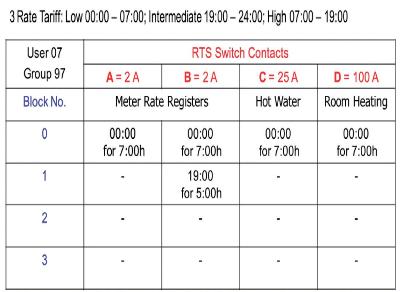 Radio Teleswitch uses the 198kHz Long Wave (LW) frequency, unobtrusively adding phase modulated data on the Radio 4 LW AM broadcast. An important consideration during the development was that the radio tele-switching data did not impair the reception of BBC Radio 4 news and entertainment programmes, normally transmitted on this frequency. Following the successful conclusion of extensive trials which started in 1979, the relevant authorities approved Radio Teleswitching transmissions on the BBC’s national 198 kHz frequency radio broadcasts and full operational facilities became available from July 1984. The main service is provided by the 500kW transmitter at Droitwich, in Central England with secondary 50 kW transmitters (synchronised) at Burghead and Westerglen in Scotland.

By being first in establishing Radio Teleswitching on a national scale (as a fully operational, cost effective communication system for use in energy management), this gave the UK a world lead in the field. In recognition of both the technical innovation and the potential economic benefits, the system received the Queen’s Award for Technological Achievement in 1987.

As the system was developed prior to the privatisation of the UK’s electricity supply industry in 1990, it was designed to overlay on the then existing industry structure and each of the Regional Electricity Companies (Users) was allocated a User Code and a set of Group Codes. This allowed the Users to support different time-of-use tariff configurations, with the message structure supporting up to 256 Group (Tariff) Codes for each User.

The individual Users create their own tariff switching profiles which are stored locally and transmitted to the Central Teleswitch Control Unit (CTCU) for collation and onward transmission to the BBC’s Radio Data Message Assembler at the appropriate time. The Message Assembler adds data check information and then passes the data to the transmitters that carry the Radio 4 AM broadcasts – Figure 1. The 200 metre, 500 kW, T-Antenna transmitter at Droitwich, has 400 kW ERP, achieves over 600 km range and is sufficient to give complete radio coverage of the UK.

The Radio Teleswitch receiver can be equipped with up to 4 switches, normally denoted A, B, C, and D. Switches A and B are nominally rated at 2 Amps and are intended for supplying tariff logic switching signals to a separate meter; switches C (25 Amp) and D (100A) can be used to control hot water and space heating circuits separately. Each switch has 4 time Blocks where the initial switching time and the duration of the event can be specified. An example of a switching matrix is shown in Figure 2, for a simple 3 rate Time-of-Use tariff using two of the four blocks.

To get the messages out to the receiver units, Radio Teleswitch transmissions take place continuously with 30 message blocks per minute, each of which is 50 bits in length and of 2 seconds duration. Filler codes are inserted to cover periods when no new codes need to be transmitted and no previous codes need to be repeated.

When switching instructions need to be sent to the population of Radio Teleswitch receivers, the 32 bit message structure supports both Command (immediate operation) and Programme (future operation) messages. The Command message facilitates the transmission of instructions to two different Tariff Groups, addressing all 4 switches in the Radio Teleswitch receiver unit. The Programme message comprises the identity of the switches to be controlled and the relevant Block Number, together with the initial switching time and the duration of the event as shown in Figure 5.

An important feature of the system is that a Command issued to a specific User/Group Code combination, will override the current Programme operation, until the next scheduled Programme event. In this way the Radio Teleswitch system can be used to provide an emergency load shedding facility, by dumping space and water heating loads.

These early implementations met all of the original concept criteria, which had focussed mainly on replacing mechanical time switches and addressing known issues by providing:

By segmenting the consumer base into groups where each group had a slightly different “window” in the economy period and linking this with an accurate and precise time source, it was possible to reliably stagger the off-peak domestic space and water heating load, in order to modify the shape of the load curve within the “economy” period. To provide a greater spread of switching, individual radio receivers can be preset with a local “Random Offset” up to +/- 3 ½ minutes from the Programme instruction. Although the UK had already rolled out split metering tariffs i.e. separate meters for the unrestricted circuit and the normal (unrestricted) supply circuit, these tariffs had relied on having fixed time periods for both circuits. The advent of Radio Teleswitch has allowed further flexibility in the types of tariff that can be offered. Radio Teleswitch applied in this configuration has led to tariffs being developed whereby further differentials can be offered in exchange for the consumer accepting direct load control of their space and/or water heating, as the nature of the thermal loads means that during times of peak system demand, short 30 minute interruptions can be tolerated. 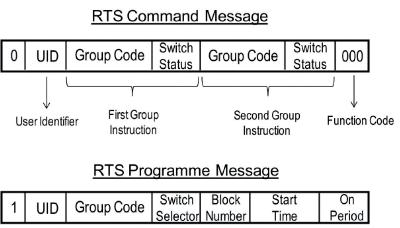 A published multi-rate tariff on the unrestricted circuit encourages the consumer to use electricity at the most economical times, by virtue of the price messages in the tariff. However, in exchange for allowing the utility to control their heating load, the customer is given a preferential tariff rate on the restricted circuit, available for electric heating only. For the restricted circuit, the electricity supplier guarantees that the storage heaters will be charged and that hot water will be provided to meet the needs of the consumer. It does not stipulate when the energy to charge the storage heaters and heat the hot water will be provided, other than in general time bands.

This solution also neatly circumvented a ruling from the Regulator, that published tariffs had to be of fixed time periods, particularly when the consumer could be exposed to additional costs if they were not aware of the change in tariff.

The Radio Teleswitch implementation has subsequently been further developed with the introduction of advanced meters referred to as Radio Tele-meters. These devices combine the Radio Teleswitch technology with an electronic meter(s) in a single box to provide greater tariff flexibility. The system has continued to evolve and modern devices are far more sophisticated than their early predecessors. The new advanced meters offer facilities for up to 8 Time-of-Use rates of energy consumption on either conventional single circuit or twin circuit configurations.

A unique feature and advantage of Radio Teleswitching is its ability to give authorised Users instant, low cost access to a proven, nationwide, broadcast communication facility through nothing more than a PC and a modem. Users do not have all the problems associated with selecting, owning and operating complex communications infrastructures.

The flexibility of the system allows the deployment of a range of load management, demand side management and other control strategies. Load management applications have included the matching and co-ordination of generation and plant loading with customer demand for smaller isolated power systems.

For larger, more complex systems, it permits a wider selection of tariffs with more precise and dynamic control for influencing energy consumption patterns and system loadings. This can make it easier to optimise economic margins, defer capital investment and accommodate operational constraints.

There is nothing new to DSM, but a word of caution. DSM techniques are most effectively implemented on a communications system backbone that includes support for broadcast messaging. Not all communications solutions being proffered for Smart Metering can adequately support this requirement.