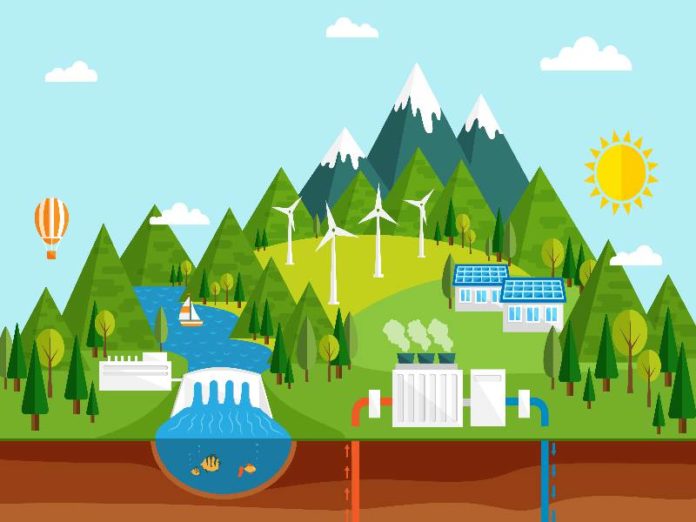 Investments in coal-fired energy projects in the Asia Pacific are expected to fall from $57 billion in 2013 to $18 billion by 2030, according to a new study released by Wood Mackenzie.

In total, countries in the Asia Pacific region are expected to invest up to $1.5 trillion in power generation this decade.

The solar and wind energy sectors are expected to represent 66% or a $1 trillion investment opportunity in the region through 2030, while fossil fuels, mainly coal and gas, make up the remaining $500 billion.

The region is expected to add over 170GW of new power capacity annually in the next decade. However, a slight slow-down in capacity additions is anticipated in the next five years due to COVID-19 related disruptions.

Related articles:
Subsidy cuts could halve profits of Chinese wind OEMs
South Korea to invest over $46 billion in renewables by 2030
Australia’s energy storage capacity to more than double in 2020

Investments in wind and solar energy projects are also expected to decline from their peak reached in 2017. The two sectors are expected to record a decline in investment by 20% by 2025.

Investments in renewables have overtaken fossil fuel power since 2013 and are expected to continue increasing its share in investments to be made, according to the study.

Australia has been a leader in renewables but is facing a major drop of 67% in investments in the next five years. Curtailment, transmission constraints and sustained low capture prices are key challenges as Australia’s share of variable renewable energy (VREs) in generation, which includes wind and solar, hits 21% this year – the highest in the Asia Pacific.

During the transition decade to 2030 the VRE share of generation is a key metric that impacts power markets. Renewables investments are growing rapidly in regions with low VRE shares such as Southeast Asia, Northeast Asia and coastal China.

By 2030 the share of wind and solar in Asia Pacific power generation will more than double to 17% with over 51 regional markets out of 81 modelled exceeding 10% VRE.

Gas and dispatchable power will continue to play a key role in providing flexibility to power systems. Energy storage capacity will more than double during the transition decade to 9% of peak load, with pumped hydro storage dominating, as battery storage rapidly develops.

Wood Mackenzie research director Alex Whitworth, said: “In the next five years subsidies are being cut, grid constraints are increasing, and renewables investment is falling in key markets amidst more exposure to market forces. But even while some markets are hit hard, others develop rapidly.”

“Post 2030, we expect major acceleration in renewables investments driven by improvement in technology, lower costs and clarity in policies. In particular, we expect renewables to be competitive with new coal plants by 2030 setting the stage for a new era of subsidy-free growth.”

Wood Mackenzie senior analyst Rishab Shrestha, adds: “The next decade will see gas/coal investment split at 40/60 but the share of coal is falling and beyond 2030 gas will contribute 70% with coal falling to 30%.

“Traditionally, energy security and availability of low-cost coal are key drivers of coal investment in Asia. However, investment sentiment towards coal is waning as economies strive for a more sustainable and greener future”.