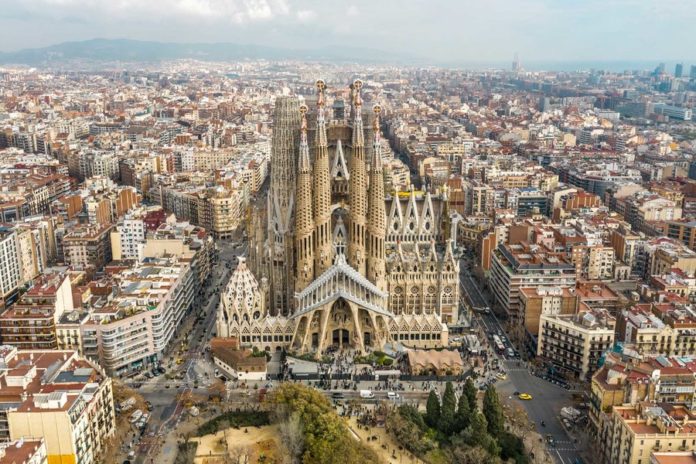 The climate change mitigation and adaptation projects to be implemented in the city include urban regeneration, energy efficiency and social infrastructure.

The projects are expected to create 1,500 jobs and ensure a green recovery of the economy in the wake of the COVID-19 pandemic.

Up to 25% of the funding will be directed towards regenerating area covering some 200,000 m2 across the city, reshaping urban design around the concept of “superblocks” to give residents better access to facilities in their neighbourhoods.

The project will ensure traffic is only permitted around the perimeter and priority is given to pedestrian areas, low-speed zones and recreational green spaces.

In addition to strengthening the city’s climate resilience, the projects financed under this agreement will promote social inclusion, through the construction and renovation of nurseries and schools, sports facilities, a new library and care homes within vulnerable areas.

Energy efficiency upgrades will include the development of zero-energy buildings and improving energy consumption of public lighting and of municipal buildings and facilities.

EIB vice-president Emma Navarro, who is responsible for the Bank’s operations in Spain, said: “Adapting our cities to a more sustainable model is key to achieving the EU objective of climate neutrality by 2050. As such, one of the EIB’s main priorities is to support urban regeneration to promote clean and inclusive growth that benefits the public while also helping to combat climate change. We are pleased to be signing this agreement with the Municipality of Barcelona to promote investments that will have a huge social and environmental impact on the city. It is yet another example of the EIB’s commitment to a green recovery in Spain.”

The deputy mayor of the municipality of Barcelona, Jaume Collboni, adds: “Barcelona’s commitment to climate action, the green economy and the green transition to a healthier city and greater well-being for its people. The 40 projects to be implemented through this agreement between the Municipality of Barcelona and the EIB will help drive these green policies, which are a priority for the city. The agreement also comes as some good news as the city grapples with the repercussions of COVID-19, as it will enable the administration to free up money from the budget to better respond to the crisis.”

This is the EIB’s sixth operation in Barcelona facilitating investments in urban infrastructure and social housing. The first was in 1990 with an agreement enabling the renovation of the historic city centre.