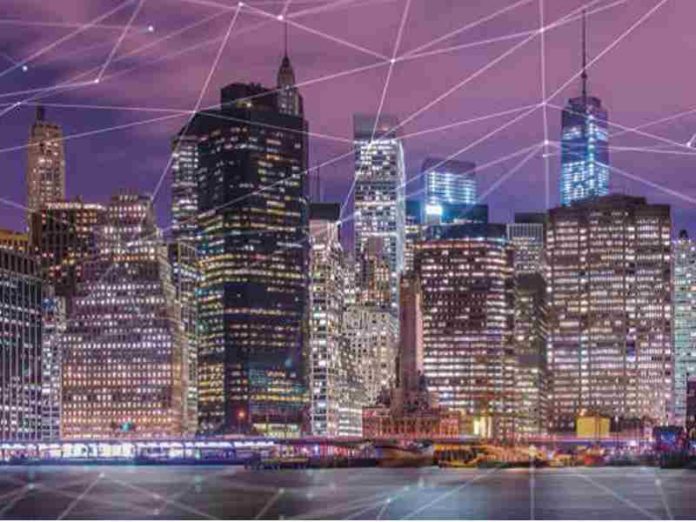 Electric utilities are one of the leading industries in the adoption of IoT, a trend set to only increase as the power of “software as a service” offerings are on the rise, says David Green.

Utilities are not typically considered to be ‘early adopters’ of technology, and many will recognise long periods of uncertainty in recent years as all industry stakeholders have been in a paralysis of choice between individual connectivity technologies.  For example, should a utility choose RF Mesh, LoRa, SIGFOX, NMB-IoT or others?

Instead, utilities are simply becoming one of the first ‘optimisers’ of the IoT proposition, as there is an increasing realisation that IoT is not a connection-only issue.

Where is the value in the utilities IoT spend?

IoT solutions for electric utilities tend to focus on the overall goal of all component parts – the rise of the ‘Smart Grid’.  This typically focuses on the distributed network of sensors, hardware and communication infrastructure, but central to the optimisation of the IoT solution for utilities is the spend on the final piece of the puzzle – software and analytics.

Smart metering is the leading edge of IoT adoption and the first smart grid application to be gaining widespread adoption across the world.  Adoption has strong in North America in particular, where over 90% of all electricity meters shipped to the region in 2016 were communicating meters.  As this market continues to evolve, the focus is shifting ‘beyond the meter’ too.

According to new IHS Markit research (Electric Grid Managed Services Report – 2018), $58.2 billion will be spent on meter-to-cash focused AMI solutions by utilities between 2016 and 2023, including the purchase of almost 900 million smart meters.  Only 6% of the spend during this window will be on the non-physical elements of the solution (i.e. not hardware or man-hours of work) and yet the entire value and ROI of the system relies on this.

The network connection remains an important issue and a large part of the investment (as a previous IHS Markit insight explains), but the IoT solution is only as strong as its weakest element.

Beyond the labor savings from remote meter reading, it is the computation and creation of actionable insight from smart metering data creates the higher value and maximised ROI from the network and hardware spend

Electric utilities will still invest in AMI systems primarily justified on the meter-to-cash process – but increasingly have the intention of layering new uses and applications for that data on top later in the process.

An end-to-end “Metering as a Service” offering for meter-to-cash AMI could currently cost a utility around $4-5 per meter per year.  “AMI 2.0” type solutions such as use of AMI data within Distribution Automation (e.g. outage management solutions) as a managed service could attract 10x that level of spend when considered on a “$ per endpoint covered” basis, but can further leverage the same hardware and network spend to achieve that.

As utilities start to focus their strategy on the overall solution and not just the connection, the rise of ‘as a Service’ business models is also helping to speed up the adoption.  Managed services offer a path of greater flexibility, faster scalability and a lower Capex cost in the adoption of new technology.  Every utility has its own unique circumstances, but many are already moving fast towards the managed services model.

Within this movement, the SaaS proposition has seen rapid adoption.  Indeed, by 2021 more revenue will spent by electric utilities on Head-end software ‘as a Service’ than will be spent on one-off Capex Head-end software purchases.  By comparison, the tipping point in balance of Opex to Capex on software is even sooner within the water utility sector.

In both cases, adoption from utilities in the US and European markets are both strong, even accounting for the variation in circumstance between each utility.  Whilst the relative adoption of Meter Data Management software as a Service currently lags slightly behind that of head-end software in the electric utility sector, the move towards the SaaS model is universal.

SaaS together with Network as a Service will help drive over $1.2 billion in spending by electric utilities on meter-to-cash focused AMI managed services during 2016-2023.  However, more than half of the managed services spend in North America falls on the SaaS portion.  Looking to the future, the potential upside on AMI 2.0 applications further leveraging the existing AMI hardware and network is then heavily invested on the side of software and analytics too.

One size does not fit all though

Despite this optimisation and clearer understanding of the IoT proposition by the most forward-thinking electric utilities, general progress remains steady.  Utilities will remain cautious and risk-averse (one of the reasons SaaS can be so popular) and many do not want to feel tied to one single vendor’s end-to-end solution for long-term contracts.

Instead, a focus on interoperability and “vendor-agnostic” solutions is winning utility trust and therefore their revenue.  The modularity of the solution, especially with the ability to layer new software applications at a later stage of the project, increases the value of AMI solutions to the utilities and the revenue to the vendors.

The move to SaaS is one of the few trends in AMI solutions to span multiple utility types and global regions.  Every rule has an exception, but step by step the electric utility is finding a path to a software-centric view of the big picture, as the perception of IoT technology moves on from ‘connection only’ and towards truly connected thinking.

David is research manager for the Smart Utilities Infrastructure group at IHS Markit, leading a team of analysts focused on our intelligence services, research on key technology trends and consumer analysis for smart metering and AMI-related software/services.