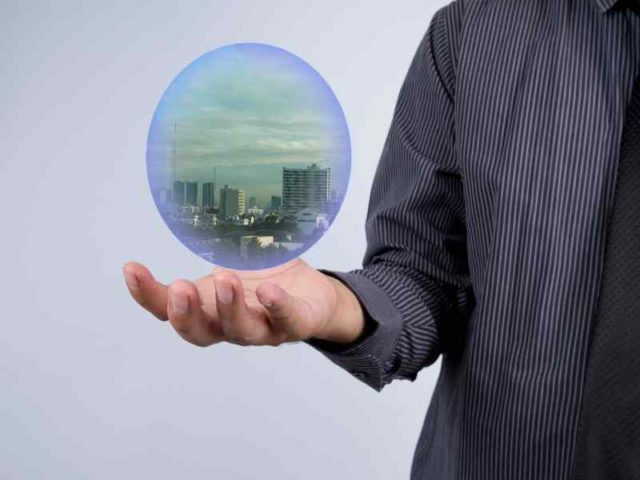 This article looks at the smart city industry with a specific focus on North America, the factors driving adoption of technologies and barriers, and measures which cities and utilities can take to simplify transition into smart operations.

This article was originally published in Smart Energy International 2-2019.  Read all articles via our digital magazine today.

With the need to address challenges such as water scarcity, environmental degradation, urban transport congestion, carbon emissions and energy poverty, comes the need to invest in smart infrastructure. However, the lack of adequate funding and poor planning has restrained an accelerated adoption of smart city technologies.

Commenting on the drivers and challenges of smart city development, Lauren Martin-Taylor, a principal consultant for Frost & Sullivan’s Visionary Innovation Group, said cities are not as likely to have a dedicated smart city office or initiatives hence it is difficult to get multi-stakeholder buy-in.

Instead, smart city initiatives are more likely to be spread out across various city and state departments.

A city must meet the definition of 5/8 of these parameters, with smart infrastructure being mandatory.

The majority of cities that have implemented smart initiatives have deployed smart meters, smart lights and Wi-Fi technologies, which are typically easy to implement and have a short term impact.

For instance, the city of Appleton in Wisconsin in January announced a $600,000 street lighting energy efficiency improvement initiative which includes replacing traditional lights with LED and smart models over the next four years.

Longer term requirements will include 5G infrastructure and fast and resilient connectivity speeds. Cities are failing to fully transition into smart, lacking the massive funding required and adequate planning with stakeholder and citizen buy-in, and full commitment by regulatory officials and financial institutions.

Smart city maturity levels can be defined as ad hoc, defined, supported, aligned and synergised. Each of these is underpinned by advancements in various areas of smart city development like governance, investment model, data, IoT and platform and business models.

The substantial upfront costs of implementing smart city technologies has denied adoption at a global scale; hence implementation has, over the past decade or so, remained concentrated in developed economies such as North America, the Asia Pacific region and Europe.

The nascent nature of many smart city solutions and the need to verify return of investment before wider uptake by budget-conscious cities and siloed city agencies have also delayed the uptake of smart city technologies.

North America is the largest single continent/region in terms of smart city development, according to Frost & Sullivan’s Smart City Scorecard.

The research firm predicts that more than 26 global cities will be smart cities in 2025 and more than 50% of them will be from North America and Europe.

Some of the factors that have led to successful smart city initiatives in North America and other developed economies include:

• The ability to stay citizen-centric

• Drawing funding from a diverse range of sources

• Cultivating data with the private sector

Most smart city projects are being funded through multiple sources and switch mechanisms depending on risk appetite, investment size and duration of financing.

The funding has largely taken the following forms: Government financing:

For instance, the New York State government has recently injected $7.5 million in funding towards the installation of smart streetlights by municipalities. The funding is part of the Smart Street Lighting NY initiative, unveiled by Governor Cuomo, to install some 500,000 smart LED streetlights by 2025, in partnership with the New York Power Authority. The aim is to reduce energy use and greenhouse gas emissions by 40% by 2030 from 1990 levels.

At a global scale, the role of utility companies in smart city development has also increased in recent years as utilities seek new revenue streams.

Ryan Citron, a senior research analyst with Navigant Research, believes that: “With increasing energy efficiency and utilisation of DER cutting into their bottom line, utilities must position themselves as innovators and generate new revenue streams to remain profitable in the 21st century.

On the other hand, utility barriers to smart city development include regulatory challenges, utility business culture and organisational structure, technical and operational challenges, and the lack of a business case for some smart city applications.

Such challenges have driven the Smart Cities Council into preparing the Readiness Journey, a framework which helps utilities and cities to understand the steps they will need to take.

The Readiness Journey encourages stakeholders to: Envision: Decide where cities want to go and want to be. This stage includes committing to deploying smart city projects, creating a city, governance and ICT vision.

Plan: Decide how you will get there, and this includes:

• Perform cost-benefit analysis for each project • Determine your funding approach

Despite the challenges the smart cities market in North America and other regions are facing, the inability by implementors to tailor citizen/consumer-centric business cases is the greatest threat to failure.

Effective communication with consumers/citizens and data management is therefore essential to ensure that the programmes being deployed deliver the highest level of customer satisfaction and that they are in line with consumer demands. SEI