In a market with multiple solutions, the innovation of the new technology is that it is based on newly devised distributed optimisation algorithm that can be run on customers’ standard computers using minimal computation to share data and trade energy.

Moreover, the new mining method is executable on a micro-computing server, the companies say.

This is in comparison to the high performance devices that are required for conventional blockchain solutions.

The new solution appears to be largely aimed to the Japanese market. Feed-in tariffs were introduced in Japan in 2012 in the wake of the Fukushima disaster to incentivise renewable energy development. However, the scheme has been gradually retired over the past year. With contracts expiring, energy producers need to seek alternative buyers and peer-to-peer transacting is attracting growing attention.

Related articles:
Blockchain peer-to-peer rooftop solar trading pilot launched in India
Blockchain gets a push in US energy standards board

Japan’s current electricity utilities industry law allows only retail power companies to sell electricity to consumers. Demonstrations are being conducted to test use of blockchain for P2P power transactions under the management of retail electric operators, aimed at verifying the effectiveness of such transactions while identifying any possible issues.

The new solution involves four steps. In the first step, information on buy and sell orders with a common trading goal are shared by computing servers during a predetermined timeframe. Second, each server searches for buy and sell orders matched to the common goal of the first step. Third, each server shares its search results. In the fourth and final step, each server receives the search results and generates a new block by selecting trades that best meet the shared goal, which it adds it to each blockchain.

The trading goal shared among consumers can be changed to meet specific needs. For example, if the goal is to maximise the amount of surplus electricity available in the market, the best offer-bid match can be searched with respect to this common goal.

In the collaboration, Mitsubishi Electric has taken charge of designing the P2P energy trading system and its clearing functions while Tokyo Tech has handled blockchain technology R&D and the design of an optimal clearing algorithm.

The P2P energy trading system’s performance will be evaluated beginning of April to further optimise the algorithm as required, aiming at the earliest possible commercialisation, the companies say. 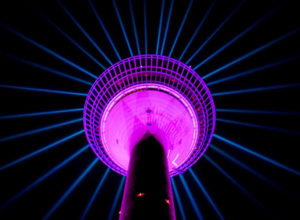