Hydrogen production is an expensive and intensive process, but a new discovery by researchers at the Tokyo University of Science has led to a novel technique of using rust and light to speed up hydrogen production as much as 25 times current production norms.

The method makes use of an organic water-methanol solution, thus potentially revolutionising the production of clean energy.

One of the most promising methods to achieve this is through solar-driven processes, using light to speed up (or “catalyze”) the reaction to split water molecules into oxygen and hydrogen gas. In the 1970s, two scientists described the Honda-Fujishima effect, which uses titanium dioxide as a photocatalyst in hydrogen production.

Building on this research, a team of Japanese researchers led by Prof Ken-ichi Katsumata of Tokyo University of Science, sought to use a cheaper, more readily available semiconductor catalyst for this reaction, with the hope to increase its efficiency even further, reducing the production costs and safety of hydrogen fuel. Their study, published in Chemistry: A European Journal, indicates that, by using a form of rust called α-FeOOH, hydrogen production under Hg-Xe lamp irradiation can be 25 times higher than titanium dioxide catalyst under the same light.

The team confirmed the production mechanism of hydrogen from water-methanol solution, showing that α-FeOOH was 25 times more active than the titanium dioxide catalyst used in previous research, supporting stable hydrogen production for more than 400 hours.

“We were really surprised at the generation of hydrogen using this catalyst,” states Prof Katsumata, “because most of the iron oxides are not known to reduce to hydrogen. Subsequently, we searched for the condition for activating α-FeOOH and found that oxygen was an indispensable factor, which was the second surprise because many studies showed that oxygen suppresses hydrogen production by capturing the excited electrons.”

More research will be required to optimize this process. Prof Katsumata elaborates: “The specific function of the oxygen in activating light-induced α-FeOOH has not been unveiled yet. Therefore, exploring the mechanism is the next challenge.”

Podcast #5: Simply Electrifying – How electricity continues to transform the world 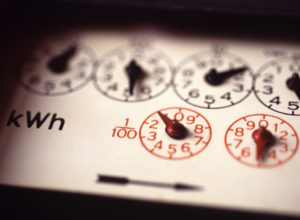 Podcast #5: Simply Electrifying – How electricity continues to transform the...