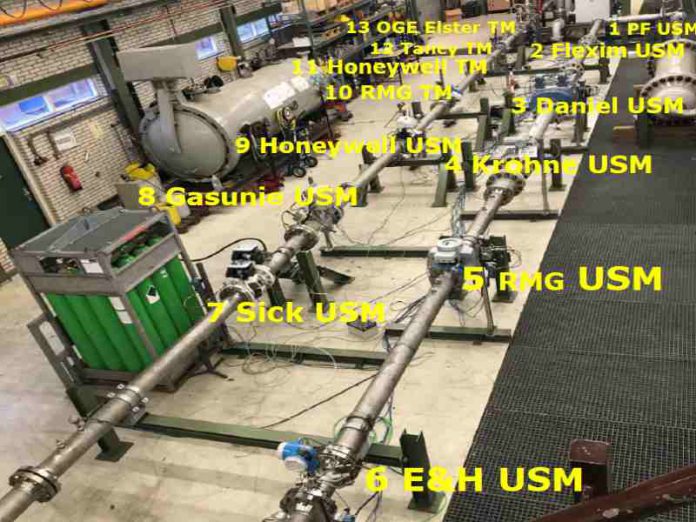 The TBQM gas turbine flowmeter from Goldcard subsidiary, Tancy, has recently passed the ‘Joint Industry Project’ (JIP) test led by DNV·GL, which aims to validate turbine and ultrasonic meters’ performance at high-pressure with a mix of different gases.

After rigorous testing, the TBQM gas turbine flowmeter has reached the international level, which has helped to promote the mixed hydrogen measurement development in China.

Delegated by the EU energy industry, DNV·GL initiated a natural gas mixed with hydrogen test in 2020. Well-known European gas transmission and distribution companies, as well as 9 global meter manufacturers including SICK, Honeywell, RMG, Tancy, etc. were invited to this project, which planned to conduct experiments on metering instruments with mixed gases contains 5%, 10%, 15%, and 30% hydrogen.

As it was recently revealed, the Tancy TBQM gas turbine flowmeter has passed all the test items including, its accuracy, reliability, and stability, which are comparable to those from the other international manufacturers.

TBQM gas turbine flowmeter is a high-performance instrument for natural gas transmission trunklines, city gas fiscal measurement, as well as industrial gas measurement and detection, which has also passed the examination of CNPC, and was highly recognised by the National Energy Administration, China National Petroleum Corporation and China Machinery Federation.