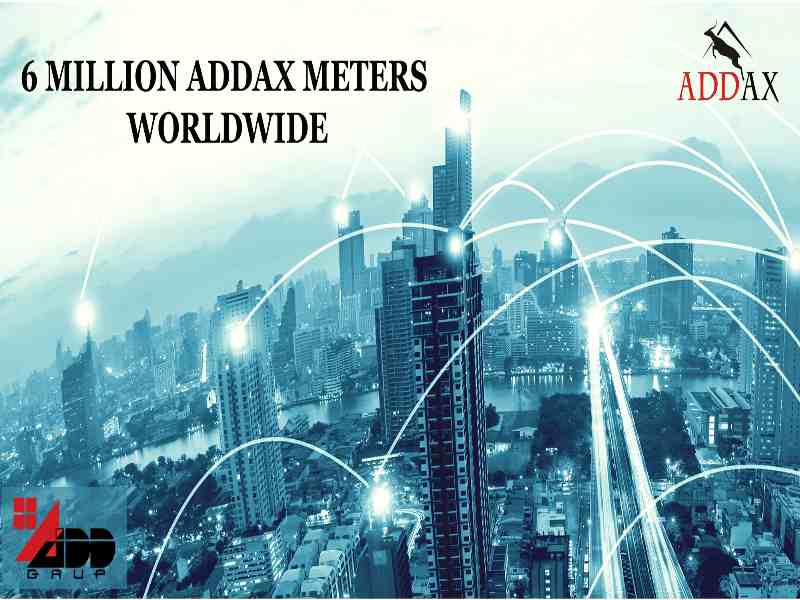 In 2018, ADD GRUP reached the 6 million meter milestone for the production of ADDAX IMS smart meters.

To date, more than 6 million ADDAX IMS meters have been installed in homes around the world, in projects across 27 countries of the world in Europe, Asia, the Middle East, Africa and Latin America.

In 1998, ADD GRUP began developing smart meters with an integrated PLC modem, starting its journey in the field of smart metering with small and pilot projects. In 2001, the company launched our first large-scale project for the supply of 250,000 smart meters for Ukraine. And in 2007 produced its first million smart meters. In recent years, our company has increased its production capacity several times and at the present stage we are able to produce up to 1.2 million meters per year.

The experience gained over many years of manufacturing intelligent energy measurement systems, as well as investments in the most modern equipment, allowed us not only to achieve high reliability indicators of the equipment produced but also to set standards. For example, the failure rate of the latest generation of meters is no more than 0.1% per year, which is a benchmark in the smart meter industry.

Modern ADD GRUP meters belong to the generation of products created on a universal platform capable of supporting PRIME and G3 in the CENELEC and FCC ranges, which are successfully used in production, allowing the delivery of identical products to customers with different technology requirements, installing them both in new projects and complementing and expanding projects based on earlier technologies. This platform is still the only one among competitors, which has demonstrated the possibility of transition from PRIME to G3 in a real project in Latvia.

The developers of ADD GRUP, constantly improving their knowledge in the field of smart metering, implemented in our meters not only the widest functional capabilities, such as: multi-tariff, anti-theft tools, load management, interoperability and support of several communication technologies, but also ensured the highest requirements cybersecurity, which was confirmed by tests conducted by an independent European cybersecurity laboratory.

The quality and reliability of ADD GRUP equipment is confirmed by the fact that some of our partners already produce smart equipment based on ADDAX IMS. Today, a license agreement for the production of meters and other devices based on ADDAX IMS is available in 4 countries: Russia (Matritca), Brazil (IouTility) of Egypt (Maasara Company for Engineering Industries) and Ukraine (ADD Energy).

In the near future, ADD GRUP will introduce smart water meters to the smart metering market, based on ADDRA system.