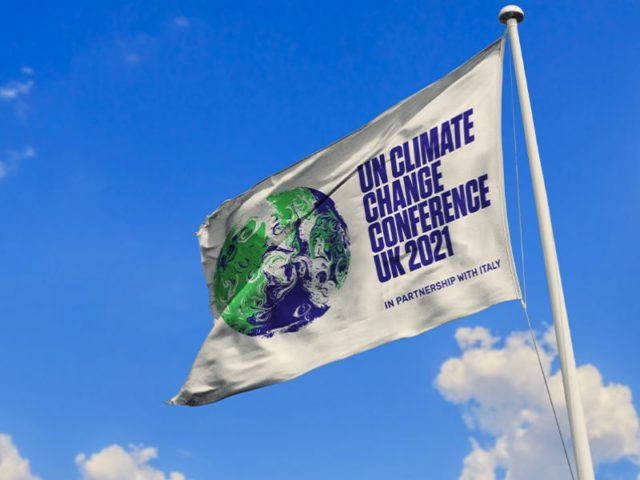 They agreed to hold the increase in the global average temperature to well below 2°C above pre-industrial levels and to pursue efforts to limit the rise to 1.5°C.

Part of the agreement included a commitment to “make finance flows consistent with a pathway towards low greenhouse gas emissions and climate-resilient development,” according to the current host of the UN Climate Change Conference, the United Kingdom.

The UK will host the 26th UN Climate Change Conference of the Parties (COP26) in partnership with Italy. Italy will be responsible for hosting several key preparatory events, including The Youth Event and the Pre-COP Summit.

The UK and Italy will be championing the following climate goals:

According to Alok Sharma, business secretary and COP26 president, there can be little ambiguity. “The science is clear. To limit warming to 1.5 degrees, we need to halve global emissions over the next decade,” Sharma says.

He continues: “We need all countries to submit more ambitious nationally determined contributions (NDC), as well as an ambitious long-term strategy, committing to further cuts in carbon emissions by 2030 and to reaching net-zero as soon as possible.”

In addition to more ambitious targets, “the UK’s COP presidency will focus efforts on five areas which need particular attention to achieve our goals. These are clean energy, clean transport, nature-based solutions, adaptation and resilience, and underpinning everything, finance.”

“In energy, we can make the most of the low costs of renewables to boost growth and create jobs; by investing in zeroemission transport in a coordinated way, we can accelerate the transition to cleaner air.

By incorporating adaptation and resilience into our recovery plans, we can better prepare for the next crisis while supporting the global economy; and by protecting and restoring nature, we can improve the resilience, sustainability and also the economics of agriculture. In all sectors, we must align our public and private finance with the Paris Agreement.”

The United Kingdom has unveiled plans which include:

Sharma has cautioned that it is not only governments that have a part to play ahead of COP26.

“I want to urge all businesses to join the Race to Zero Coalition. This initiative launched by the High-Level Champions for COP25 and COP26 in June is the largest ever alliance of businesses and non-state actors committed to reaching net-zero by 2050 at the latest.” However, Sharma believes the multiple efforts will be weakened if “at this critical moment in the fight against climate change,” collaboration is not strengthened in order to “create fairer, greener and more resilient economies at home and around the world.”

According to Nigel Topping, the UK’s HighLevel Climate Action Champion, one of the main objectives is to get to a zero-carbon economy as soon as possible. He continues: “That’s what the race to zero is. It’s a global campaign that we put together, it’s an umbrella that wraps together many initiatives that were already in motion.

“We’ve seen growing numbers of universities joining and the idea is that the goal [net zero by 2050] is pursued resolutely and together will lead to a healthy, resilient zero-carbon recovery from this current health and economic crisis. That will make us more resilient to future threats and create decent jobs and unlock inclusive sustainable growth.

Everyone who’s in the race is committed to getting to net-zero as quickly as they can and 2050 is the cut-off point.

“If you’re [aiming for net zero] after 2050, you’re not in the race as far as we are concerned. You’ve decided to go to play for the second team. You can kick around on a Sunday afternoon, you’re not playing with the first team.”

Topping continues: “We now have net-zero commitments which cover more than half of the global economy – more precisely, 53% of the global economy is covered by entities that have a commitment to net-zero by 2050. These cover nearly a quarter of global emissions and over a third of the population of the world – 2.6 billion people – so there’s a lot of momentum.”

THAT’S WHAT THE RACE TO ZERO IS. IT’S A GLOBAL CAMPAIGN THAT WE PUT TOGETHER, IT’S AN UMBRELLA THAT WRAPS TOGETHER MANY INITIATIVES THAT WERE ALREADY IN MOTION.

“…that’s the power of this kind of multistakeholder approaches. Companies, investors, national governments, regional governments – you know some regional governments are pretty big. California is the fifth biggest economy in the world, and they are aiming for net-zero by 2045. They’re driving the kind of investment decisions that we’re seeing from companies that are committed to net zero within the broader climate ambition alliance. This includes over 120 countries so far which are committed to net-zero by 2050. Not some of the biggest economies yet – we’re still hopeful we get a few of those in. Our goal, working with that whole coalition, is to get well beyond 70% of the world economy covered by net-zero commitments by the time we get to COP.

Already since the Madrid COP to the launch, we have seen a 70% increase in the number of commitments.”

He adds: “We call it a race for multiple reasons, one is that it is a race against time. We can’t stop now but we can minimize economic and human damage. It’s also a race that we win or lose together. Unlike a lot of races, this is a race where our chances of success are much greater the more people who are in it.” Speaking to attendees at a Japanese government hosted Online Platform on Sustainable and Resilient Recovery from COVID-19 recently, Sharma shared: “Since March, we have put the equivalent of $450 million into cutting emissions in heavy industry. And almost $1.3 billion driving the move to low-emissions vehicles.

“Our offshore wind capacity is now the largest in the world. Employing thousands of people directly, and through supply chains. And the price of offshore wind energy has fallen by two-thirds between 2015 and 2019. Renewables are now cheaper than new coal and gas power plants in two-thirds of countries.

“As a result, we can say with confidence that the UK will meet its ambition to phase out coal power by 2024. And from April to June this year we went 67 days without coal. There are immense opportunities for those developing the technologies the world needs to move to its low-carbon future.”

And, globally, renewables are expected to attract 77% of all investment in electricity systems between now and 2050 – worth around US$10 trillion.

“There has never been a better time to invest in the green economy. Or a more important time.”

We asked Sharma’s office about developments to the COP26 agenda during the COVID-19 pandemic and received this answer: “During these difficult times our commitment to COP26 and urgent climate action has not wavered, and as we work to protect our citizens and repair our economies, we must meet these two joint challenges together.

“The COVID-19 economic recovery is an opportunity to build more sustainable and inclusive economies and societies, and a more resilient and prosperous world, and we will put this at the centre of our presidency. The COP26 president, ministers and senior officials continue to engage with a wide range of UK and international partners on climate change.”

More poignant perhaps, are Sharma’s words at the conclusion of his presentation in New Zealand earlier this year: “Whether we live in the south, the north, the east or the west, we share one life-giving but incredibly fragile planet. So, it is imperative that we work together, in the aftermath of the coronavirus, and ahead of COP26, to build back better.” SEI The United Nations Climate

It is scheduled to be held in Glasgow, Scotland from 1 to 12 November 2021 under the presidency of the UK Government, with assistance from the Scottish Government.