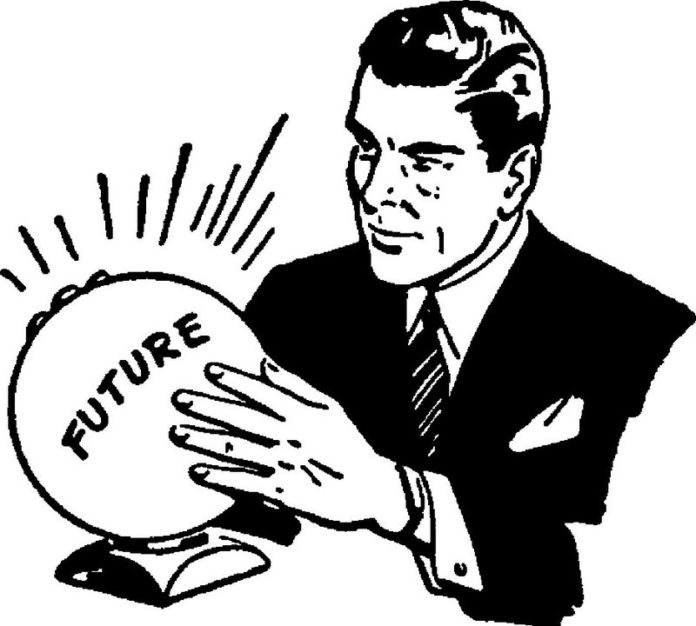 With just more than a month to go before the new year, all around the world, people are pulling out the stops to finish projects, finalise budgets and prepare for 2019. It is hard to believe that we are literally on the doorstep to 2020.

I thought it may be interesting to take a look at what 2020 was predicted to look like.

Drunk – all the time

Nikola Tesla predicted in 1937 that “within a century, coffee, tea, and tobacco will be no longer in vogue.”  Instead, according to the inventor, alcohol “will still be used. It is not a stimulant but a veritable elixir of life.”

Alex Lewyt, of the Lewyt vacuum company, predicted, in 1955, that “nuclear-powered vacuum cleaners” would become a reality.

Tubes instead of roads

According to a 1957 Popular Mechanics article, by 2020 every road and street in America will be “replaced by a network of pneumatic tubes.” According to the article, in 2020 the family car would only need to get you to your nearest ‘tube.’ From there, according to a well-known engineering company, “they will be pneumatically powered to any desired destination.”

Dorothy Roe, a 1950s writer believed that women in 2020 would be “more than six feet tall” and would “wear a size 11 shoe, have shoulders like a wrestler, and muscles like a truck driver.” These “Amazonian” woman would be due to “a balanced ration of vitamins, proteins, and minerals that will produce maximum bodily efficiency.”

How many technology leaders of their time got this one wrong?  Thomas Watson, a former president of IBM said in 1943 that future consumer demand for computers was limited. “I think there is a world market for maybe five computers,” Watson said.

Another expert who got it ‘slightly’ wrong was Ken Olsen, founder of Digital Equipment Corporation, who in 1977 predicted: “There is no reason anyone would want a computer in their home.”  Smart phone anyone?

Arthur C. Clarke, best known as a science writer, and futurist, believed that the house of 2020 “would have no roots tying it to the ground. Gone would be water pipes, drains, power lines; the autonomous home could therefore move, or be moved, to anywhere on earth at the owner’s whim.”

Clarke further predicted that “whole communities may migrate south in the winter, or move to new lands whenever they feel the need for a change of scenery.”

Even in the 1930s, it was predicted that solar energy would be a ‘big thing.’ However, it was anticipated to take a slightly different form. The Dyson sphere would “envelop our entire solar system, capturing every single ray and kilojoule (energy from heat) the sun emits.

Something a little different this week from what I normally write, but I hope you will find this small selection of predictions amusing, enlightening and perhaps even thought-provoking.

If you have any predictions you’d like to share for 2019, or 2020, please send them to me for publication in our next edition.

Next week, we’ll consider what 2050 may look like. Any thoughts?

PS: Did you know that we are already working on issue 1 of 2019? If you want to showcase your leadership across the following sectors, speak to Errol to see how we can position you in front of our audience of global thinkers and decision makers.

If you are exhibiting at DTech 2019, remember that Smart Energy International is the official magazine for the event. We’d love to make your DTech experience even more memorable.