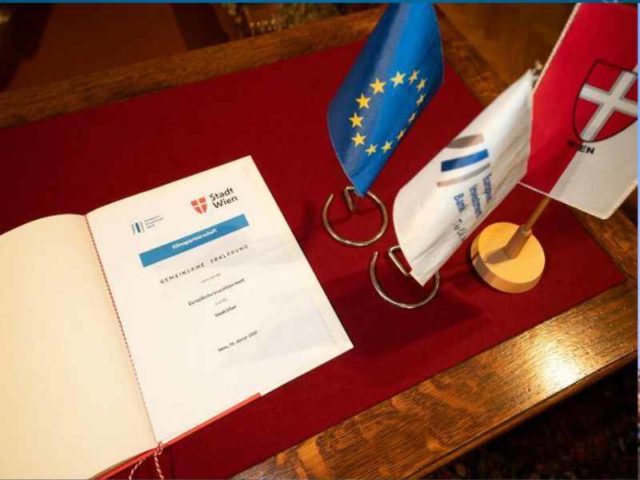 The European Investment Bank (EIB) and the City of Vienna have expanded their partnership to combat climate change by signing a “Joint Declaration on Climate Partnership”.

The declaration is EIB’s first partnership with a large European city.

EIB and the City of Vienna have already deployed projects amounting to EUR1 billion, most of which were related to energy efficiency measures in municipal housing.

EIB Vice-President responsible for energy policy Andrew McDowell said: “The EIB – the EU climate bank – intends to redouble its efforts to combat climate change. Over the next ten years, we plan to kick-start climate action projects worth EUR 1 trillion. We will also bring all of the Bank’s financing activities into line with the Paris climate agreement by the end of 2020. Against this backdrop, I very much welcome this first climate partnership with the City of Vienna, indeed with any city in the EU, as it is only by working closely with ambitious partners that we can overcome the huge challenge of climate change. This partnership is also a signal for other cities in Europe.”

Vienna Councillor for Finance Peter Hanke, adds: “In Vienna, we have set ourselves ambitious climate action objectives. We have also fully focused the City’s finances on climate action with the introduction of the Vienna climate budget and the Klima-Milliarde (“climate billion”) in the 2020 budget. This partnership with the European Investment Bank will enable us to implement further major climate action and adaptation projects in the future.”