Driven by efforts to address climate change through decarbonising  global economies by shifting to clean and intelligent mobile and distributed energy resources, the utility industry is expected to experience massive disruption over the next five to 15 years, according to Navigant Research.

This article was originally published in Smart Energy International 2-2019.  Read all articles via our digital magazine today.

However, utilities that will heavily invest in advanced Information and Communications Technologies such as advanced distribution and distributed energy resources management systems will unlock the economic and operational efficiency value of the emerging business models and technologies.

Scott defines vehicle grid integration (VGI) as the process by which plug-in vehicle (PEV) electricity demand is managed to improve grid efficiency. This can be done by manipulating the rate of power consumption of the PEV (known as V1G), or by the PEV discharging power back into the grid (V2G).

The practical impact on the energy system is efficiency. In this case EV batteries respond quickly and accurately to grid demands for power – relative to other potential grid management assets. The quick and accurate response diminishes the energy required to balance the system and thus the system can function more efficiently.

Utilities in vertically integrated regulatory structures are primarily concerned with reliability and protecting local distribution assets – programme development has been embraced by automakers, fleets, and other stakeholders. Utilities in North America have also been interested in tying in PEV load to existing demand response programmes – this has lead them to subsidise smart chargers for homeowners rather than “dumb-chargers”.

Utilities in deregulated markets (EU) are embracing VGI as a competitive edge to increase the customer base – utilities are beginning to deploy VGI offerings, early market entrants are Enel X and OVO.

VGI can also be used to protect local grid distribution assets like transformers. In such cases a network of chargers sourcing from a transformer can automatically communicate with each other to ration the amount of power available from that transformer.

Another utility opportunity resulting from EVs is for the utility to act as a system aggregator – wherein it would organise fleets and individually owned PEVs into grid services.

Pilot projects have also found that PEVs can produce as much as $2,000/annually in energy cost savings. This figure is specific to V2G pilots and will vary depending on the grid service market and capacity of the V2G system. To net such revenues there are costs associated with infrastructure development and grid interconnection – there are also various challenges tied to market rules for minimum capacity requirements. V1G systems are likely to produce far fewer savings but also have far fewer costs.

Some of the key technical considerations in terms of upgrading the grid to accommodate V2G technologies include technologies embedded within the charger (or the vehicle) that can communicate with a network of other chargers, or with the grid operator.

Transparent and accessible markets for grid services are also a requirement.

Factors that are driving the V2G market include:

1. The rapid PEV population growth: Utilities especially in developed economies such as Europe and North America are identifying the VG1 opportunities owing to Increasing PEV population in their service territories.

2. The presence of favourable grid operator regulatory structures in first world countries are allowing the implementation of market rules that pay for performance: ie speed and accuracy; increasing the revenue opportunity of batteries, and hence their utilisation.

4. Intermittent renewables: The increasing reliance on solar and wind generation is tied to greater demands for grid storage and balance assets hence the demand for V2G application for utility efficiency is also increasing.

On the other hand, factors such as the high technology costs, regulatory fragmentation of grid markets and the difficulty associated with grid interconnection are hindering the adoption of the V2G business model.

The high technology costs are due to the bidirectional chargers required (DC chargers with an inverter to change the vehicle sourced DC power to AC power for the grid) are rare and costly.

Financers are also hesitating to invest in V2G technologies because of the uncertainty of cost and revenue assumptions associated with the business; in addition to the high technological complexity, scaling difficulties and long pay-back period.

Vehicle availability and cost sharing have also become an issue. Increasing vehicle availability is in part driven by the cost savings that can be sent to the vehicle owner yet PEV energy costs are already very low thereby limiting PEV owner attention regarding VGI.

To address the financial challenge restraining the market, the majority of funding is coming from utilities, automakers, and a smattering of large and small government agencies and non-profits.

The majority of V2G projects currently in implementation are in developed countries, with adoption nil in developing economies.

Over the next ten years, adoption in developing economies will remain very low to non-existent. PEVs are only just emerging in India, some Middle Eastern, ASEAN, and Latin American markets. PEV populations will take years to form into anything that can be aggregated cost-effectively; meanwhile grid regulatory structures and management systems are far behind the developed markets of the EU, North America, OECD Asia Pacific, and China. SEI

The Future of Water 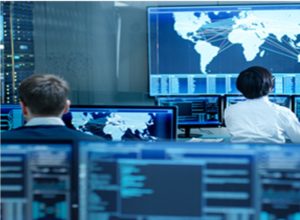