Pacific Gas & Electric has reported a nearly $1 billion loss for Q2 of 2018 due to clean-up, repair and legal costs related to wildfires that raged across Northern California last fall.

Gov. Jerry Brown proposed changes to how the state handles fire liability. The reformed regulations emphasise judging the utility’s level of negligence, asking courts to “balance the public benefit of the electrical infrastructure with the harm caused to private property.”

Brown is urging lawmakers to allow more flexibility for judges to decide how much utilities should pay. This is a key item on the agenda of a legislative conference committee meeting to discuss wildfire safety and prevention.

PG&E is currently facing approximately $2.5 billion in legal claims and liability costs as high as $10 billion, stemming from wildfires that blazed through California last fall.

State authorities are yet to determine the cause of the fires.

“The increasingly destructive and costly wildfires and natural disasters have the potential to undermine this system, leaving our energy sector in a state of weakness at a time when it should be making even greater investments in safety,” Brown wrote in a letter to lawmakers.

Last year marked California’s most destructive wildfire season on record, and Brown warns that fires are only likely to increase due to climate change.

Firefighters are currently battling the Carr blaze amongst others, which has killed six people and destroyed more than 1,000 buildings and 250,000 acres of land. 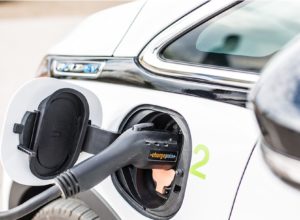