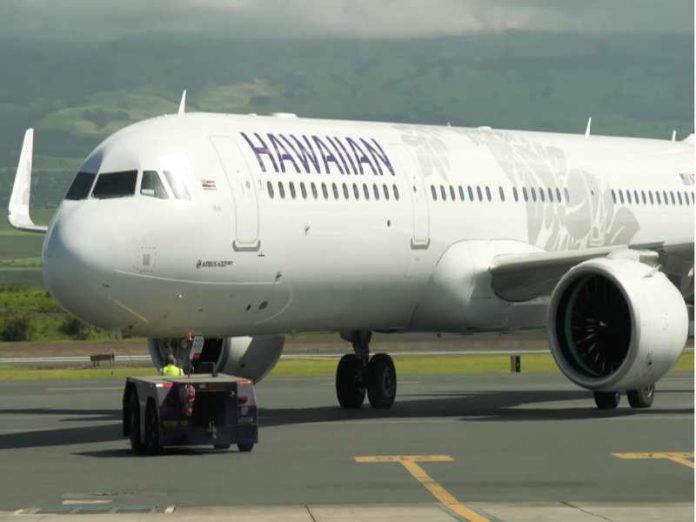 A two-month pilot has been launched to turn energy waste into guaranteed financial returns at a building at the Daniel K. Inouye International Airport, Hawaii.

Hawaiian Airlines has partnered with Carbon Lighthouse to implement the clean and energy efficiency project to reduce operational expenses and carbon emissions whilst achieving sustainability goals.

The pilot includes installing sensors throughout Airport Center to collect thermodynamic data from air and water temperature and flow rates in HVAC, lighting and occupancy systems.

Data collected will be integrated with utility, weather and other available data to model energy scenarios and optimise the building’s energy efficiency.

Since purchasing the Airport Center at auction in 2016, Hawaiian has worked to better the building through several improvement projects. A third-party firm manages the 14-story, multi-tenant office building – located near Hawaiian’s Koapaka Street corporate headquarters and the Daniel K. Inouye International Airport – and leases most of its 111,109 square footage to tenants, while Hawaiian uses a portion for office and meeting space.

“As Hawaii’s airline, we are headquartered in one of the most beautiful places on the planet, and so we are mindful of the impact that both our flying and ground operations have on the environment,” said Mark Berg, managing director of corporate real estate for Hawaiian Airlines. “We are always looking for ways to minimise our carbon footprint, and we anticipate the Carbon Lighthouse pilot will provide us with an opportunity to contribute even further to a more sustainable Hawai’i.”

Between 2016 and 2018, the airline has reduced energy use within its offices by 5.6% by installing motion sensors, LED lighting, control valves for water systems.

Hawaiian Airlines has also engaged in a fleet modernisation project by, for instance, buying the new Airbus A321neo fleet,  the most fuel-efficient aircraft in its class which delivers 16% lower fuel burn and carbon emissions over previous generation aircraft.