Hydro One and Avista Corporation have reached a significant milestone in the regulatory approval process of the proposed merger. A settlement in principle with all parties in the Oregon proceeding has been reached.

“This is yet another key milestone as we navigate the path toward completing this transaction,” said Mayo Schmidt, president and CEO, Hydro One.

“Once complete, this merger of two leading institutions will generate tremendous value for our organisation, as well as our shareholders, employees and customers. We are very pleased by the progress we have been able to achieve in cooperation with all parties involved.”

“This is a significant achievement and the result of the collaboration and diligent efforts of all the parties in Oregon over the last several months,” Avista chairman and CEO Scott L. Morris said.

“We’re pleased that the parties support this as a settlement that benefits all stakeholders, and we look forward to filing the settlement agreement later in May.”

The settlement in principle includes provisions related to financial protections for the utility and its customers, financial benefits through a rate credit for all Oregon customers and funding for low income customer conservation.

In addition to Hydro One and Avista, the parties to the merger proceeding in Oregon include the OPUC staff, Oregon Citizens’ Utility Board, Alliance of Western Energy Consumers and the Oregon and Southern Oregon District Council of Labourers.

Applications for regulatory approval of the transaction are still pending with utility commissions in Washington, Alaska, Idaho, Oregon and Montana.

Hydro One and Avista received the Federal Communications Commission’s consent on May 4, 2018 to close their merger and antitrust clearance on April 5, 2018 after the expiration of the waiting period under the U.S. Hart-Scott-Rodino Antitrust Improvements Act of 1976, as amended.

The transaction received approval from the Federal Energy Regulatory Commission on January 16, 2018 and from Avista shareholders on November 21, 2017.

Also required is clearance by the Committee on Foreign Investment in the United States as well as the satisfaction of other customary closing conditions. Hydro One and Avista continue to anticipate closing the transaction in the second half of 2018. 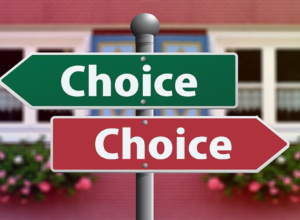