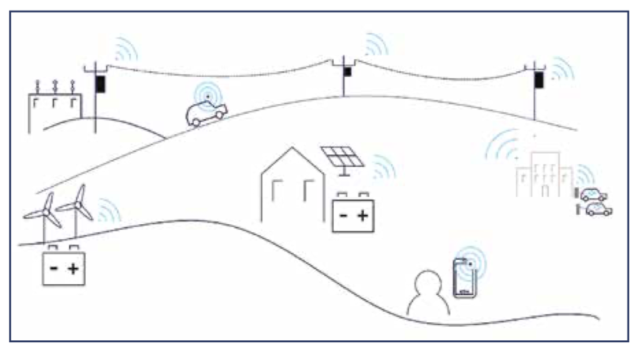 The power grid is changing. To maintain high levels of safety and reliability, utilities need greater control, deep into the distribution grid.

As a result, they are looking at the communications used to operate the grid and optimise the productivity of their mobile workers. Typically, utilities require a field area network (FAN), which provides secure pervasive connectivity, low latency, exceptional reliability, and mobility.

Historically, many utilities deployed a separate network for each application. This approach has left them with multiple, discrete communication networks that must be managed and maintained, increasing operational costs. It could also hamper their ability to rapidly communicate between various grid applications for coordinated control.

Now, there is some consensus that Long Term Evolution (LTE) technology, based on industry standards (3GPP), provides an answer. LTE is commonly used in commercial mobile networks. It can be deployed as a private LTE (P-LTE) network to deliver scalable, managed broadband for utilities. That enables low-latency, secure, and reliable connections for all grid applications.

Solutions with P-LTE that streamline grid operations can deliver cost savings too. Elektro, Iberdrola’s Brazilian subsidiary, deployed a private LTE network to manage its electricity infrastructure in the City of Atibaia. This smart grid deployment will save money by increasing grid reliability by up to 50% and reducing commercial losses by up to 80%.

LTE is compatible with existing wide area networks (WANs) that many utilities have built using Internet Protocol/ Multi-protocol Label Switching (IP/ MPLS) technology. Utilities can use their IP/MPLS WAN service, security and management environment, together with LTE, to create a single communications environment that extends to the edge for grid operations.

The LTE standards have built-in quality of service (QoS) differentiation, allowing priority treatment of traffic for specific applications. Initial applications might include aggregated smart metering data backhaul, SCADA, and DA including automated reclosers. Because LTE includes QoS capabilities, it can be used in the future for devices requiring low latency communications such as synchrophasors.

In addition to supporting a utility’s Internet of Things strategy, an LTE-based FAN can also be used to support its mobile workforce. LTE networks can also include advanced collaboration features such as push-to-talk, push-to-video, and alert messaging to facilitate communications between workers and operations centres. LTE enables an important industry shift from data-only FANs to FANs supporting both data and voice with an industry standards-based solution.

Consolidating services onto a smaller number of networks offers substantial benefits. In addition to lowering lifecycle costs, this approach eliminates stranded capacity within application-specific FANs and reduces latency (or removes roadblocks) between devices and applications.

Using an industry-standard 4G P-LTE solution addresses requirements for the current grid and mobile workforce productivity-enhancing applications while providing a path to 5G for applications that require its capabilities later.

What path are you taking with communications to empower your utility for the future of energy? SEI

David Christophe is the director, utility solutions marketing for Nokia. His major areas of focus have been WAN and broadband communications applications over the past 15 years.

Powered by the research and innovation of Nokia Bell Labs, we serve communications service providers, governments, large enterprises and consumers, with the industry’s most complete, end-to-end portfolio of products, services and licensing.