A new standard has been developed by a non-profit global network of researchers Energy for Growth Hub to end energy poverty and ‘energy apartheid’.

The new metric was published in a new report, The Modern Energy Minimum: The case for a new global electricity consumption threshold, which has been authored by fourteen authors from the Energy for Growth Hub.

The Energy for Growth Hub has joined its partner The Rockefeller Foundation in calling on the global community to adopt the new Modern Energy Minimum standard to end energy poverty and avert a potential “energy apartheid”.

The standard would help measure the progress on addressing energy poverty.

In the report, authors argue that every person should have access to at least 1,000 kWh per capita per year, measured both within the home and throughout the wider economy.

This figure is substantially more ambitious than the current standard metric of 100 kilowatt-hours of annual residential power consumption (falling to 50 kWh in rural areas), which is only enough energy to power a couple of lightbulbs and charge a mobile phone. This target is too low in comparison to modern living standards and does not account for the majority of electricity used outside the home.

To put this figure into context, every high-income country consumes more than 3,000 kWh per capita annually and median consumption is 6,720 kWh. About 70% of electricity consumption is used in industry, commerce, agriculture, transportation, or public services.

Set at 1,000 kWh of consumption, the modern energy minimum correlates to the World Bank’s midpoint for lower-middle income status of approximately $2,500 per capita/year or about $6.85 per capita/day. Requiring consumption of at least 300 kWh at home plus at least 700 kWh in the wider economy, it raises the bar to enable everybody to not only run basic appliances but to access a higher standard of public services such as electrified schools and health clinics.

By creating the metric, the authors hope that the global development community, investors and governments will be able to better direct resources to where they continue to be needed.

Todd Moss, executive director at the Energy for Growth Hub, said: “Energy poverty is among the biggest barriers to economic growth and the alleviation of income poverty globally. But we’re doing not nearly enough to fix it.

“The modern energy minimum represents the next necessary step on the long journey towards meeting the true spirit of the UN’s Sustainable Development Goal on energy and ensuring energy equality for all. It is commensurate with an income of around $2,500 per year – the minimum needed to put people within reach of the bottom rung of the global middle class. So, there is no reason why it can’t be achieved in the years to come.”

Ashvin Dayal, senior vice president of power & climate at The Rockefeller Foundation, adds: “In less than a year, Covid-19 has caused incalculable damage around the world, both from a health and economic perspective. It is imperative that recovery plans not only seek to mitigate this damage but, going further, that we seize the opportunity to build more equal and resilient economies and communities, both at a national and local level.

“Central to this will be accelerating efforts to bring reliable electricity via environmentally-friendly technologies to over a billion energy-poor people by 2030. We believe that the modern energy minimum provides the right north-star upon which to base these endeavors in the long-term, and are proud to support Energy for Growth Hub in its work towards a future where everybody has affordable access to reliable and sustainable energy.” 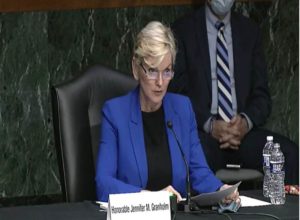