The New Zealand government announced solar installations across six of its institutional campuses earlier in July, utilising the NZ$200 million clean-powered public service fund. The projects are to be introduced across selected universities, government and defence buildings, significantly diminishing their carbon footprint.

This, according to research agency GlobalData, acts as a predicted step to the broader objectives of accomplishing the 2050 net zero carbon emissions target.

Declining cost of solar modules, enhanced installation processes and economic incentives indicate the distributed generation projects to take a serious leap over the large scale projects. With the residential segment taking up a considerable share of electricity consumption, the bulk of the projects planned to build a capacity of 6GW by 2050 is anticipated to be distributed not by grid but by roof-top, community-based installations.

With this investment, the government wants to empower its public services segment to run on clean solar energy. Investments in this segment are expected to create employment opportunities (which is a critical issue in the current landscape) as well as handle the existent threat of climate change.

Ankit Mathur, Practice Head at GlobalData, noted: “The country’s generation mix is heavily dependent on its hydro resources, which at present makes almost 57% of the installed capacity. According to GlobalData, the renewables (including hydro), presently represent over 77% of the capacity mix. Besides hydro, wind has been the second-favoured renewable source, forming 7.3% of the present overall installed capacity. Solar PV, which is in its incipient stage, represents a minuscule 1.3% in the capacity mix.

“The country is well within the distance of a few leaps of achieving carbon neutrality, as the renewable generation meets over 80% of the power demand. This portion will improve by a greater extent by 2035 as the country seeks to phase-out offshore oil and gas by then. This transition gets a further boost as the government advocates shift of its current vehicle fleet to electric vehicles and a commitment of planting one billion trees by 2028.

“For Solar PV, the 2050 installation target of 6GW would mean the country will have to lay project development plans in advance, where 200MW of installation would be required each year till mid-century. This planned target seems to be achieveable given the presence of strong policy at the federal level such as the Zero Carbon Bill, cheap solar and overall socio-political willingness.”

New Zealand’s present focus lies heavily on the environment. In June 2020, the Emissions Trading Scheme (ETS) was reformed with the introduction of a cap of 160 million tonnes of CO2 or proportionate greenhouse gases over 2021-2025. These ventures are anticipated to decrease the state’s annual carbon footprint significantly.

Mathur concludes: “Such a favourable and conducive environment with well-defined policies is essential for the developers and investors. The clean service fund is expected to enable the country to follow its environmental commitments, where the government could target emissions’ reductions across hospitals, schools and government institutions.” 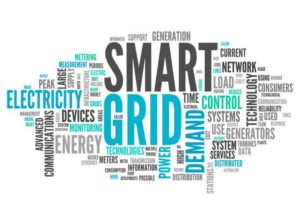