Sep 11, 2007
0
[img:ESB%20logo_0.gif| ]Dublin, Ireland --- (METERING.COM) --- September 10, 2007 - Customers of utility Electricity Supply Board (ESB) in Ireland are expecting to pay less for their electricity come November 1. The Commission for Energy Regulation (CER) will announce a reduction of 6 per cent in the cost of the electricity ESB supplies to over 1.8 million customers.

The drop could have been as much as 10 per cent, however, according to ESB, but the utility is not allowed to set its own tariffs. In what some see as a law that stifles competition in the energy industry, tariffs are regulated, and the utility is not able to pass on the benefits of the cost-cutting exercise that it has undertaken over the last few years.

Sep 11, 2007
0
[img:Wilder.thumbnail.jpg|C. John Wilder,
Chairman and CEO,
TXU Corp.]Dallas, TX, U.S.A. --- (METERING.COM) --- September 10, 2007 - Shareholders in Texan utility TXU have approved the takeover of the company by private equity firms Kohlberg Kravis Roberts and TPG. The Federal Energy Regulatory Commission (FERC) has already given its approval, having found that the sale would not be likely to affect energy customers adversely.

Many distribution companies in India have already introduced, or are planning to introduce, a prepayment system for certain customers at least, and the market potential in the country is expected to grow significantly. Several prepayment pilot projects have already been launched, with good results. 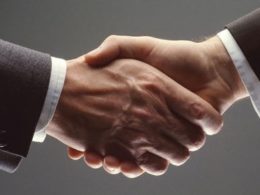 Sep 5, 2007
0
In an effort to accelerate growth and innovation for businesses around the globe, the Global IT Services Division of Wipro Limited and SAP AG have announced an expansion of their existing partnership

Sep 5, 2007
0
[img:Jean-Fran%C3%A7ois%20Cirelli.thumbnail.jpg|Jean-François Cirelli,
Chief Executive,
Gaz de France]Paris, France --- (METERING.COM) --- September 4, 2007 – The merger of two major French utility businesses – Gaz de France and Suez – has dealt a blow to the European Union’s plans to deregulate the energy industry in the region. The EU has been attempting to break up the near monopoly power of the big energy utilities in many member countries for some years now, in an effort to increase a competitive supply and allow consumers free choice of energy supplier.

[img:Utility%20customer%20switching%20research%20project.thumbnail.jpg| ]Auckland, New Zealand --- (METERING.COM) --- September 3, 2007 - The Australian state of Victoria has ranked as the hottest energy retail market in the world, with almost one in four Victorian utility customers switching suppliers during 2006, a new survey by First Data Utilities and VaasaETT has found.

Great Britain, long the pre-eminent energy market, is now ranked in second place, followed closely by South Australia. All three “hot” markets, with over 15 percent of customers switching per year, have separately-owned retail and distribution utilities, and support competition for both electricity and gas retail supply. This enables utilities in these markets to offer dual-fuel products and cross-sell both commodities to consumers who previously had to deal with separate electricity and gas suppliers.

Switching activity in Victoria has shown a consistently strong uptrend since full retail competition for electricity and gas was introduced in 2002, which continued into 2006. Factors contributing to this dramatic level of switching activity include strong competition from out-of-state incumbents and new entrant energy retailers contending for market share, the introduction of lifestyle products and affinity programs targeted at niche customer segments, and publicly accessible websites which allow customers to compare suppliers’ prices.

Despite losing the number one spot customer switching in Great Britain has also continued to increase, reaching its highest level in history. In the past year impetus has come from retail price reductions and increasing use of innovative price mechanisms. Great Britain has been at the forefront of utility customer switching for over seven years, proving that high levels of activity can be sustained in the long term.

The survey found the fourth most active market in the world to be Texas, maintaining its ranking from the previous year, despite an increase in switching activity by one-third. Consistently the most active North American energy retail market and the only one to separate incumbent utility retail operations from distribution, switching activity exhibits considerable seasonality increasing during the summer months.

Other “active” markets, with between 5 and 15 percent of customers switching per year, were Norway, New South Wales, New Zealand, Sweden, Finland, Netherlands and Flanders.

In the “slow” category, with switching levels between one and five percent, were New York and Germany – both of which also recorded increased customer switching activity during 2006. Denmark, formerly ranked as a slow market, dropped to the “dormant” category (less than one percent switching), following the merger of six leading Danish utilities and the effective stifling of retail competition.

[img:Colette%20lewiner_0.jpg|Colette Lewiner,
Head of Energy &
Utilites
Capgemini]London, U.K. --- (METERING.COM) --- August 31, 2007 – Analysis by consultants Capgemini of the European Union’s efforts to reduce energy consumption and CO2 emissions, and increase the use of renewable energy by 2020 reveals that energy conservation is the key factor in achieving these objectives.

According to Colette Lewiner, head of Energy and Utilites at Capgemini, earlier this year the European Union Ministers asked the Member States to commit to energy consumption and green house effect gases (mainly CO2) emissions reductions of 20%, as well as a portion of 20% of renewable energies in their energy production. The horizon of this ‘three times 20% objective’ is 2020.
While these objectives were articulated in response to climate change issues, and ultimately designed to avoid an increase of the planet’s temperature beyond 2 to 3 degrees, the underlying assumption is an improved security of energy (and electricity) supplies, as well as a growing European economy with sustained tertiary and industrial employment.

2020 is a relatively short time horizon compared to the lead time for construction of large plants such as nuclear plants. It is also a short time frame for the industrialization at reasonable costs of carbon sequestration, for renovation of the buildings and houses park and for the switch of the car fleet to electrical cars. More than 80% of the refrigerators bought in 2007 will still be in operation in 2020; less than 1/3 of the industrial and utility infrastructure in place today will be renewed by 2020; and more than 20% of the cars bought in 2007 will still be on the road in 2020.

In order for Europe to achieve these targets, Capgemini analysis concludes that:

This amount includes a subsidy of US$33 million aimed at the more than one million households comprising the most vulnerable 40 percent of the population, whose electricity bills are expected to increase by 5 percent in the next two months.

Call to speed up advanced metering deployment in Ohio

Aug 30, 2007
0
[img:Ted%20Strickland,_0.jpg|Ted Strickland,
Governor of Ohio]Columbus, OH, U.S.A. --- (METERING.COM) --- August 30, 2007 - In a new energy plan for Ohio state governor Ted Strickland has proposed that the state public utilities commission (PUCO) be directed to accelerate the implementation of time sensitive pricing and advanced metering, among other demand response measures.
1...728729730Page 730 of 730