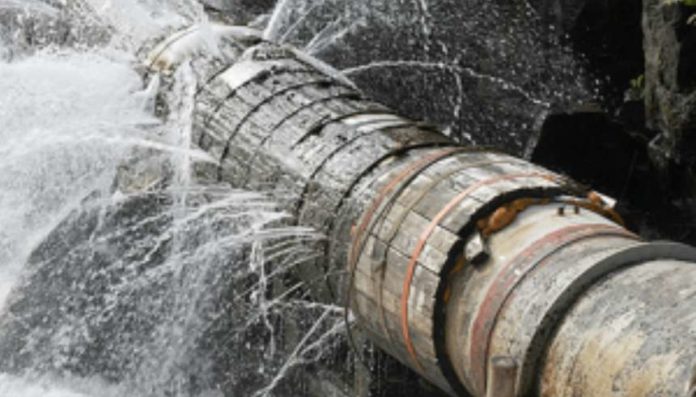 In the ‘mile-high’ city, the Colorado Convention Center saw more than 12,000 people walk through its doors to discuss and participate in the future of water, he writes.

The conference included 16 themed track sessions spanning topics from water quality to asset management, but it was newly added session ‘Smart Water Utilities’ that really made waves throughout the show. In fact, the track perfectly harmonized with the overall theme of the show this year, ‘Innovating the Future of Water’.

Although static metering remained a hot topic from previous years, the majority consensus was that the show had shifted away from a focus on hardware and towards one of software and value-add services. As utilities increasingly begin to understand the Total Cost of Ownership (TCoO), applications like remote disconnect and leakage detection are becoming more deeply associated with smart metering. The conversation is less about the technical specifications of technologies, but more about which technologies will meet the desired outcomes and the most affordable business model to finance it.

Mechanical maintains market majority but rise of static on the horizon

Mechanical meters still dominate the North American water meter market, which represented more than 80% of unit shipments in the region in 2018. The primary business case for static metering relates to higher revenue recognition and much lower maintenance cost (compared to mechanical); but many utilities are still waiting to evaluate the success of early adopters.  There have certainly been successful case-studies, some of which have recognized anywhere from 10% to 30% more revenue in large-scale residential rollouts; but it hasn’t gone without controversy, including PR nightmares from faulty devices, or critical pieces on issues such as electromagnetic field interference and sample rate limitations.

Compared to electricity, it’s no surprise that static meter adoption in water lags behind. However, the market is growing year on year, especially after the 35-member AWWA Meter Standards Subcommittee on Cold Water Meters, Electronic Revenue Type recently approved the ANSI/AWWA C715-18 standard last June. With the backing of the AWWA, more and more case-studies are gradually affirming static metering in the public eye.

Overall, there is likely to be a bump in adoption over the next 2 to 3 years, partly due to better public perception and credibility, but more importantly from a greater understanding of technology in the context of the Total Cost of Ownership.

Focus shifts from hardware to software/services

One major change throughout the conference this year was a clear emphasis on software and services, opposed to the hardware dominated shows of previous years. Vendors have always known that AMI data can do more than simply cut labor costs, but the business case has been complex despite the benefits a solution could produce. In electricity, meter-to-cash remains the primary driver of AMI investments – adoption of further analytics/applications are often only considered once the system has been installed for some time. The market is different for water, but growing quickly.

IHS Markit data shows that 35% head-end software endpoints are involved in a managed services contract (an average electricity and water combined across North America and Europe), but the growth rate in water is far higher than for electricity meters.

Water AMI data typically has fewer potential applications than electricity; these more focused use-cases mean the desired application itself can drive and justify the initial spend on AMI from the start.  In particular, the combination of hardware, software, and the business case of both meter to cash, remote disconnect and leakage detection was a common theme in discussions across this year’s AWWA ACE conference.

Leakage is a problem faced by every global water utility, and can easily exceed 30% even in developed regions, or may not be even tracked/known by the utility at all.  Leakage therefore often makes up a large proportion of total non-revenue water within a utility.  From conversations at the show in Denver, it’s no surprise to hear leakage detection is now increasingly considered as part of the business case for AMI from the beginning.

However, a more nuanced change is the increased focus (and openness to discussion) around remote disconnect functionality of the meter.  Where utilities and vendors used to be more cautious around the subject (especially if seen to be denying water to some communities/users), the concept is now more established and understood.  IHS Markit expects this to become a large part of the business case for total water metering solutions in the future.

With over 37 million smart water meters expected to ship to North America in the next 5 years, the changing business case has large potential to change the types of solutions adopted too.  For example, cellular will fight for a place among a historically fixed network installed base, static seeks to prove its concept and business case against its lower cost counterpart (mechanical), and vendors from the industrial manufacturing, telecommunications, software, and smart metering industries will claim their software platforms and applications can provide the biggest return on investment and do it better. With so much change on the horizon, it’s clear that the next generation of applications themselves will ultimately determine how that future unfolds.

Data and analysis used here is taken from the Smart Utility Meter Intelligence Service.  Please contact us for more information.