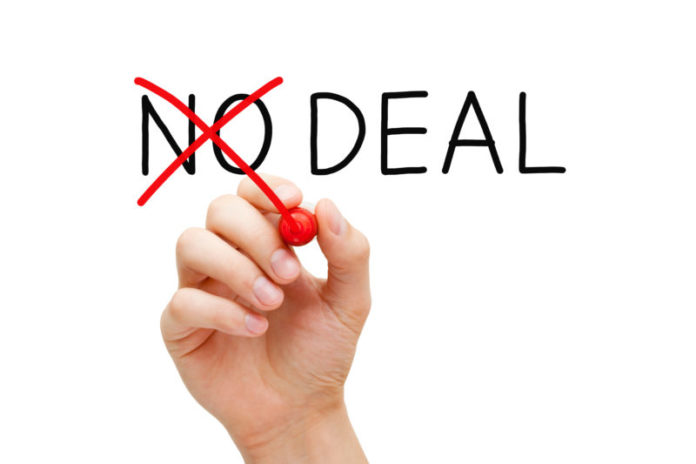 But today SSE revealed that its board – which is keen to offload the consumer business – had decided that the deal “is not now in the best interests of customers, employees or shareholders”.

A major reason is sure to be the decision by the UK government to impose an energy tariff price cap, which is due to start next year. The cap will keep energy bills below £1137 a year for ‘typical usage’ and UK energy regulator Ofgem believes the cap will save 11 million customers an average of £76 a year on gas and electricity.

SSE said the combination of the price cap plus “the performance of the respective businesses… and changing energy market conditions” meant the new company “would have faced very challenging market conditions, particularly during the period when it would have incurred the bulk of the integration costs”.

It said that while its board “believed strongly in the new company’s potential to deliver benefits for customers and the wider market, it does not now believe the new company would be in a position to meet trading collateral requirements in a sustainable way.”

Analysts have today also pointed out that npower’s performance in recent months may have alarmed SSE. Jim Armitage in the Evening Standard said that when the deal was announced in the summer “it made some sense” but he added “since then, times have changed. Npower has showed [sic] itself to be in a far weaker situation than thought. Having already made losses for three years, it announced it would do the same this year as well. SSE’s retail arm may not be in the greatest shape, but at least it makes a profit and has decent cashflows. The risk was that npower was so weak, SSE would one day have had to chip in a cash injection to keep the thing on track.”

SSE chief executive Alistair Phillips-Davies said the planned merger “was a complex transaction with many moving parts. We closely monitored the impact of all developments and continually reviewed whether this remained the right deal to do for our customers, our employees and our shareholders.

“Ultimately, we have now concluded that it is not. This was not an easy decision to make, but we believe it is the right one.”

He said the company was “exploring all the available options” for SSE Energy Services, which he said “remains a profitable business with a strong track record. We will build on this while continuing with separation activity in preparation for its long-term future outside the SSE group.”

Professor David Elmes, leader of the Warwick Business School Global Energy Research Network, said today that when the deal was announced, “there were concerns that this was bringing together two of the ‘Big Six’ energy companies and the debate focused on how this might affect the choices on offer to customers”.

“This missed the point that both companies had found running a profitable retail business challenging and this was a move to combine their customer businesses and hopefully make a new firm that would be more successful.

“Since the deal was announced, we have seen the government impose a price cap on the sector and we’re starting to see the impact that’s having on company profits.

“The fact that eight energy companies have collapsed this year reflects just how hard it is to run a viable retail energy business in the UK. These eight failures among the smaller energy retailers, plus the collapse of the SSE-npower deal, show the government is struggling to support a sector that’s essential to the UK economy.”

This post was originally published by Power Engineering International, a Clarion Power and Energy brand