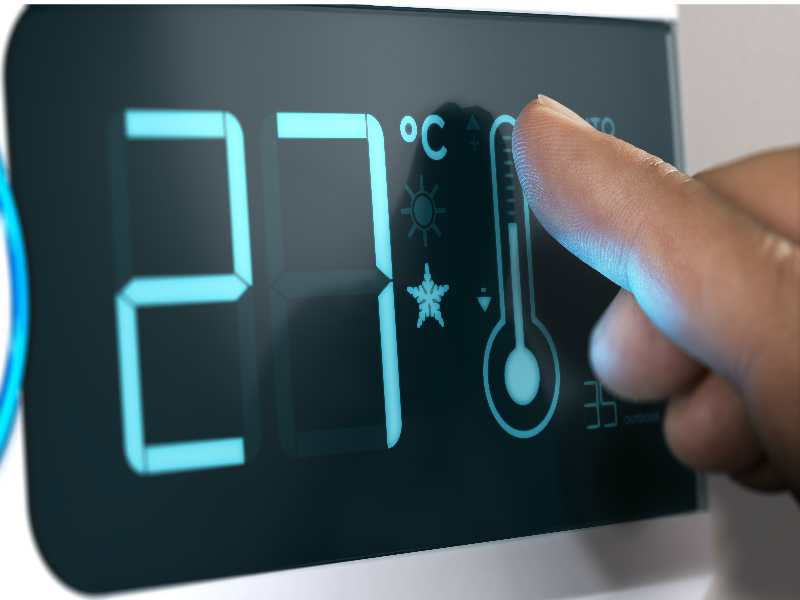 Ever since its inception, seemingly over a century ago, the global thermostat market has recorded a promising growth rate on account of incredible benefits of the gadget, according to research firm Global Market Insights.

Humans have always looked for means to control indoor temperature to suit their comfort and thermostat stands as the greatest witness to the same.

However, thermostats have come a long way from being the gadget that could only be manually controlled and necessitated re-programming much too often to match the needs of the occupants and their timings.

With the evolution of smart thermostats, the global thermostat market has received a new boost and electronics industry leaders have been flocking in to capitalize on the latest generation of thermostats that promise to be much more than a temperature controlling device.

For instance, when Google acquired Nest Labs, the smart thermostat startup that has recorded a stellar growth, the acquisition made headlines for not only the massive sum involved in the deal but also as it signaled the corporation’s commitment to the expansion of its IoT offerings. Nest Labs is renowned for its Nest Learning Thermostat, a smart device that learns room temperature preferences of its users.

The Nest uses sensor technology to differentiate between not just day and night but also weekday and weekend and even whether someone is home or not and adjusts itself without any need of human interventions.

Through the acquisition of Nest, Google presumably has access to more highly specialized data for its algorithms. Additionally, Google has opened up Nest’s platform to developers, making the Nest Learning Thermometer a hub for the development of smart home devices to operate through. If Google can win the smart-home standardization race, not only will it gain a new source of free user data, but consumers will benefit from the payment they will receive for the privilege.

The fact that other tech giants are taking an active interest in the thermostat industry is an indicator of the evolution of thermostats from an often-overlooked gadget to one of the cornerstones of a smart home. Recently, Amazon invested a substantial amount in the German smart thermostat startup Tado. In the Series F funding, which raised $50 million, Tado bagged funds from other prominent backers such as German energy giant E.ON, European Investment Bank and gas company Total.

Tado’s device is compatible with Amazon’s Alexa voice assistant and integrates with home HVAC systems to adjust temperatures based on occupant habits to maximize energy efficiency. The company says it has numerous users in Central Europe, and it has forged partnerships with energy companies across the EU. With the funding, Tado plans to focus on R&D programs subject to parameters like enhancing boiler health monitoring capacity.

That such prominent industry leaders are investing in the growth of smart thermostats clearly shows the potential these devices are envisioned to have in the future of smart technologies. Irrefutably, this has acted as a commendable trigger for the global thermostat market. To elaborate further on the thermostat industry, it would be imperative to outline the current market scenario and the stance that some of the leading names have acquired across this business vertical.

Nest: Google purchased Nest for $3.2 billion in 2014 and this has commendably underlined the value of the groundbreaking innovation that Nest brought to the thermostat market. Nest thermostats were sold out on Nest’s online store within a month of their launch in 2011 and there was good reason for this demand – Nest had designed its thermostats to learn. Not just that, the device was equipped with motion sensors to sense if people were at home, a knowledge that it used to turn HVAC systems on and off. It could also be controlled through smartphones – yet another step towards enhancing human comfort.

Honeywell: A company which is hailed for its invention of a thermostat for coal furnaces, now offers WiFi Smart Thermostats. Honeywell is also renowned as a company that manufactures thermostats used in most commercial settings and is aiming to develop products that will not lose out to new entrants that are quickly updated and only incrementally improved when compare to predecessors, thus ensuring that these products remain relevant for years and not just months.

Ecobee: Yet another thermostat brand that is giving Nest a run for its money with ecobee3, this thermostat with Wi-Fi connectivity can be controlled not only through iOS, Android phones but also via Apple watch.

In the era where energy conservation has taken the priority over every other aspect during building construction, the thermostat market has made it big with the integration of smart technologies that can lead to not only energy conservation but cost efficiency as well. For decades the basic functionality of a thermostat had remained unchanged but with the introduction of gadgets like Nest and Ecobee, the thermostat market has become a business vertical that is set to be tremendously disrupted by startups.