French multinational integrated oil and gas company Total has released its 2019 Integrating Into Our Strategy report in which the firm reviews its 30 most significant associations the company is a member to in line with its climate change strategy.

Total’s climate change strategy is based on six categories namely:

The scientific position: Total considers the link between human activity and climate change is an established fact.

The Paris Agreement: Total recognizes that the Paris Agreement is a major advance in the fight against climate change and supports the initiatives of the implementing States to fulfil its aims.

The role of natural gas: Total considers that natural gas is a key component in the energy transition, specifically as an alternative to coal. The Group supports policies to reduce methane emissions from natural gas production and consumption and, in particular, campaigns to reduce the use of flaring (such as the World Bank’s Zero Routine Flaring by 2030 Initiative).

Development of Carbon Capture, Utilisation and Storage (CCUS): Total supports the development of CCUS, which is critical to achieving carbon neutrality by the second half of the century, the aim of the Paris Agreement.

This year’s edition is Total’s fourth.

Patrick Pouyanne, CEO of Total, said: “Consumers and civil society have high expectations concerning climate issues. I believe that transparency and trust among all stakeholders are needed to together address the challenge of climate change.

“With that in mind, our policy regarding industry associations demonstrates our consistency and credibility. Transparency will strengthen the action of businesses, which are key participants in discussions on how to achieve the objectives of the Paris Agreement.”

Read the Integrating Climate Into Our Strategy report on Total’s website.

Climate change is a hot topic being discussed at this year’s European Utility Week and POWERGEN EUROPE conference. Click here to watch more videos or to read more news coming out of the conference. 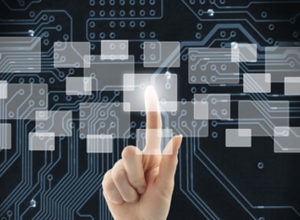