The President of the Board of Trade, Liam Fox, has announced the launch of the UK’s first Energy Investment Portfolio, worth an estimated £5 billion.

Around £5 billion of energy and infrastructure projects across the UK will be promoted to global investors as part of a new portfolio of opportunities, the International Trade Secretary announced tat the Board of Trade in Swansea.

The eleven new projects in the Energy Investment Portfolio will not only create jobs in the energy sector, but will reduce energy costs for hard-working British families and have widespread benefits for the environment.

The opportunities are across the UK, including:

The Energy Investment Portfolio is the latest offer for international investors, following the launch of seven new investment projects in October, worth £2 billion.

My international economic department has established relationships with the world’s most influential investors to ensure that the UK continues to be the top destination in Europe for Foreign Direct Investment – and today’s announcement is further proof that there is huge demand for UK projects from investors”.

Minister for Investment, Graham Stuart MP said: “With £5 billion of new projects, the Energy Investment Portfolio is great news for communities up and down the country – as well as creating jobs and prosperity, these projects will reduce bills and deliver huge benefits for the environment”.

The government’s commitment to clean growth and innovation provides huge investment opportunities in the UK’s energy sector, which already employs 181,000 people and generates the most offshore wind power in the world.

The department has a global network of HMTCs and experts across more than 100 countries who are promoting the UK and attracting the backing needed to make these projects a reality.

The Department for International Trade (DIT) will promote these opportunities to investors in 108 countries through its global network of HMTCs and in-country experts.

The UK is Europe’s top destination for foreign direct investment, and recent data released by UNCTAD showed the UK had the second highest level of investment globally in the first six months of this year.

Click here for more on the capital projects in UK, Wales and Scotland.

Webinar 4 Feb: IoT, AIoT and Industrial IoT, where is the future taking us? 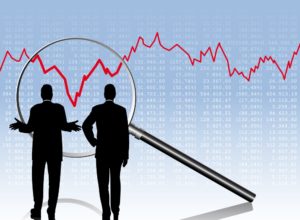