The development of the largest commercial offshore wind farm in the US has been delayed, now thanks to the country’s Bureau of Ocean Energy Management’s (BOEM) decision to launch a “cumulative impact analysis” of offshore wind projects on the US coastline; possibly jeopardising the entire project.

The $2.8 billion, 800MW offshore wind project may well suffer massive impacts to its supply chain, financing and construction timeline, as the review period is open until March 2020, with the possibility of full environmental certification only being issued after the review’s completion.

Vineyard Wind officials have been adamant however, that the project is still feasible, and will move forward according to a new timeline.

“To be clear, the Vineyard Wind 1 project remains viable and continues to move forward,” officials said.

This new delay comes on the heels of the Department of the Interior and the Bureau of Ocean Energy Management’s decision that government was “not yet prepared” to issue a final environmental impact statement.

“Considering such comments, and taking into account recent state offshore wind procurement announcements, BOEM is expanding its cumulative analysis of projects within its draft Environmental Impact Statement (EIS) to also include projects that have been awarded power purchase agreements, but may not have submitted Construction and Operations Plans (COPs), and potential scenarios based on state procurements that are expected to be awarded,” the agency said.

Vineyard Wind officials have strongly urged that federal government conclude its review as quickly as possible: “While we appreciate that the discussion on cumulative impacts is driven by rapid growth of the industry beyond our project, we urge the federal government to complete the review of Vineyard Wind 1 as quickly as possible,” Vineyard Wind officials said in a statement. “The project is poised to kickstart a new offshore wind industry that promises industrial growth along with new manufacturing and blue-collar employment across the United States from New England to Louisiana to Colorado and beyond.”

The new delay for Vineyard Wind also brings into question whether the project will still qualify for the 12% Investment Tax Credit (ITC), which closes at the end of 2019. The ITC is thought to be one of the key factors of Vineyard Wind’s financing.

Project officials had indicated that the entire project could be at risk should the bureau not issue a positive response by end-August.

Plans delayed include the commencement of on-shore construction work later in 2019, with the first turbine to be installed into the seabed in 2021. 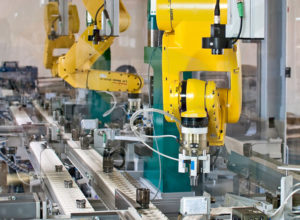