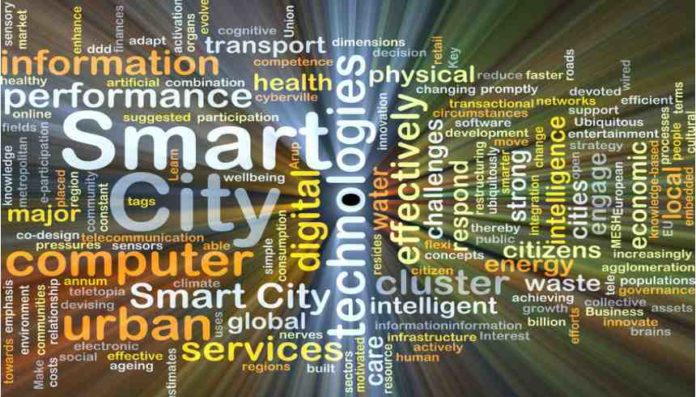 At the helm of smart cities projects are secure and resilient communication platforms, optimal utilisation of real-time data, effective planning and commitments by both the private and public sector in technology research and development (R&D), financing and implementation.

By so doing, cities can unlock the full economic, social, environmental, and business value from technology and up to $60 billion in return on investment. They can also secure and connect all areas of their ecosystem resulting in improved public services and government operations.

Lou Celi, the CEO of ESI Thoughtlab, said: “Our study found that 38% of cities deploying smart mobility solutions are bolstering customer satisfaction and 32% are improving productivity and delivery times for business.

Utilities and infrastructure managers will play a pivotal role in the coming years as climate resiliency and green initiatives rise to the top of social and political issues.”

However, with the current status quo, only a few cities have the financial and policy capabilities to focus on hyperconnectivity.

The majority of global cities are still struggling to finance or even plan smart city technologies deployment.

Other factors hindering the rollout of smart city technologies include uncertainty among citizens regarding the effects of new technologies on health, privacy and other interests; lack of planning and interest by governments; inability by governments to keep pace with constantly evolving technology while managing finite fiscal budgets; and policy and regulatory barriers — such as those around procurement.

Deployment has mainly been noticed in developed economies including in North America (US, Canada), Europe (UK, France, Germany), Asia (China, Japan, South Korea, Malaysia, Singapore) and in some countries in Oceania and the Middle East such as New Zealand, Australia and the United Arab Emirates. This is primarily owing to improved access to funding, supportive policies and massive investments by governments in research and development of new technologies such as digital twins, cloud, artificial intelligence, machine learning and 5G.

Large, global financial institutions are playing a leading role in ensuring funding is available for the development of infrastructure and installation of technologies that provide foundations for the creation of smart cities.

For instance, in February 2020, the European Investment Bank provided German telco Telefonica Deutschland with a loan of up to €450 million to support its 5G rollout.

“It will produce higher speeds and improve mass connectivity, and both citizens and the economy will also benefit from superfast, reliable networks. It will enormously improve existing wireless applications and open up completely new areas of business. That is the basis for innovation and growth in Europe, an objective that along with climate action is one of the EU bank’s top priorities.” In November 2019, the World Bank signed a memorandum of understanding with the City of Paris to cooperate on sharing knowledge, tools and good practices with other territories and cities.

The partnership will be implemented as part of the Global Platform for Sustainable Cities (GPSC), which is supported by the Global Environment Facility.

Emmanuel Grégoire, first deputy mayor of the City of Paris, said: “In this period of transition, a sharing community becomes essential and I am delighted to see that the World Bank is sharing its knowledge in such a concrete and generous way.”

In February, the launch of Asia’s first smart city proof of concept was announced in Malaysia owing to a partnership on technology R&D by technology company NTT Group, the Japanese Ministry of Internal Affairs and Communications, the US City of Las Vegas and Telephone Corporation.

As part of the Research on Smart City Model for Solving Social Problems in Malaysia initiative which was designed to help Malaysia to address critical challenges around water, energy, sanitation, transportation and climate change, a 5G network will be leveraged for fast, reliable and secure data telemetry between various applications and sensors.

A consortium of public, private, university and community partners comprising more than 18 cities and towns in the US state of Arizona, the Arizona State University, the Institute for Digital Progress, the Greater Phoenix Economic Council and the Partnership for Economic Innovation announced plans to build the largest and most connected smart region in the US. The smart region will be developed in the Greater Phoenix region to address challenges around energy, water, mobility and sustainability.

In France, utilities ENGIE and SUEZ partnered with La Poste and the VYV Group to create what is claimed to be the country’s first smart region in the Angers Loire Metropole in a bid to accelerate the energy transition.

Technologies including smart streetlights and smart meters will be installed to improve consumer energy efficiency and reduce carbon emissions.

The project was started in January 2020 and is expected to reduce energy used for public lighting by 66%, in public buildings by 20% and water usage in municipal plants by 30% by 2025.

Despite challenges being faced in the market, growth continues to be noticed. According to Persistence Market Research, the market surpassed $900 billion in 2018 and will experience a 17% annual growth between 2019 and 2029.

However, lack of infrastructure development in various countries of the Middle East & Africa and Latin America, coupled with high price points associated with the replacement of existing infrastructure with smart infrastructure, will remain the key factors limiting the growth of the smart cities market.

To ensure successful rollout of smart city and hyperconnected hub projects, ESI Thoughtlab recommends that cities do the following: