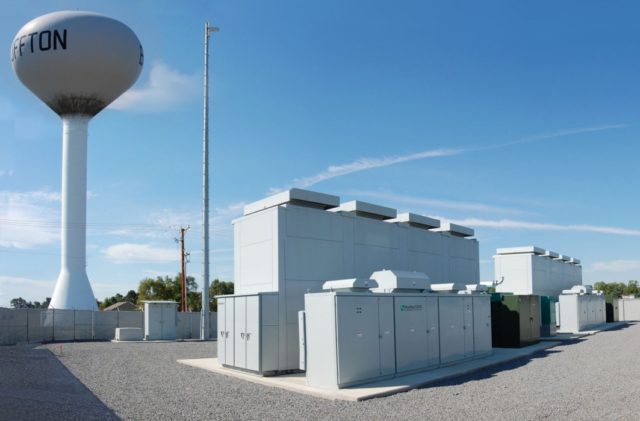 DNV GL has released a guide which puts forth a set of recommendations for the safety, operation and performance of energy storage systems.

The guide was released through GRIDSTOR, a consortium made up of international suppliers, system integrators, end users and regulators, which aims to develop best practices to drive the secure implementation of grid-connected energy storage systems. It also promotes the accelerated development of renewable integration into the grid.

The document is purposed to provide recommendations based on extensive research on existing standards, finding that many standards focus on the components of energy storage systems, not the system as a whole.

DNV GL asserts that the demand for grid-connected storage is rapidly maturing and there is hence a pressing need to establish a “widespread agreement on issues concerning energy storage systems.”

Jillis Raadschelders, head of DNV GL’s renewables and storage department, stated: “At DNV GL we believe that actions such as the Recommended Practice [guide] supports the entire industry and global community by offering a single standalone, all-encompassing guideline.”

The guide focuses on three primary aspects of grid-connected energy storage: safety, operation and performance, but at this point, does not cover chemical or thermal technologies or electric vehicle batteries.

Haike van de Vegte, senior consultant for new energy technologies at DNV GL said that the guide draws upon other globally accepted regulations and best practices standards such as those from the International Electrotechnical Commission (IEC) and the International Organization for Standards (ISO).

Van de Vegte said: “We wanted to make it a global guide. We did not want to completely re-invent the wheel. We wanted to make use of what was already there, and make sure we looked at the system as a whole. You could call it a cookbook approach.”

He added that with the guide, DNV GL aims “to create a level playing field” for the industry, in developing widely accepted standards for grid-tied energy storage systems.