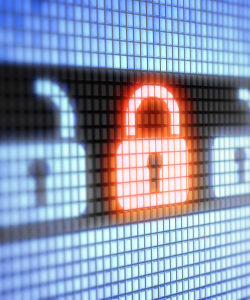 Most users of PCs are aware of the need for anti-virus software to combat threats from the internet.

But surprisingly the same awareness doesn’t yet seem to extend to the smart grid and broader ‘Internet of Things’, with the many devices becoming interconnected offering many potential opportunities for hackers – whether malicious or simply up for the challenge – and the potential impacts extending to regions and even countries.

In a conversation (currently being prepared for publication) on the European DENSEK project, which is aimed to improve the cyber resilience of the region’s energy grids, it is apparent that the deployment of security is lagging the smart grid.

The number of incidents has been growing with the same speed as smart grid technologies are being rolled out, but still many companies aren’t implementing preventive measures. Similarly with the Internet of Things, with a recent survey by HP finding that no less than 70% of common devices, such as TVs, home thermostats, door locks, etc., are vulnerable to attack with on average 25 vulnerabilities per device. [Internet Of Things Devices Reveal Vulnerability]

Fortunately when it comes to the grid, awareness is growing and many companies are implementing preventive measures, but still only a very few are considering preparedness for an actual attack. But many device manufacturers appear not be keeping up with even the most basic security issues such as password security, encryption and user access permissions.

Some smart grid project funding has recognized the importance of cyber security and demanded this be included in the project.

This makes a good rule of thumb – that every smart grid – and Internet of Things – project should include a security component. And the best place to build it in is at the start, or what is termed ‘Security by design’ following the Ontario privacy commissioner’s associated ‘Privacy by design’. [Data security in smart grid – why design for security is an absolute must]

As the microgrid industry moves into the next phase of project development, focusing on how to develop projects on fully commercial terms, Navigant Research’s Peter Asmus reviews in this guest editorial the top three microgrid enabling technologies now mature enough to generate substantial vendor revenues.

Data servers that are no longer needed or are running at low capacity are wasting billions of kilowatthours and there is potential to reduce server room power wastage by 40%, according to a Natural Resources Defense Council (NRDC) report.

Marketing and IT Have to Collaborate on Data Capabilities

The most successful companies are found to be building strong partnerships between their chief information officers (CIOs) and chief marketing officers (CMOs) in order to fully realise the potential of data assimilation and its analysis.

Dominion To Take Most Vulnerable Power Lines Underground In Virginia

Under new legislation in Virginia allowing utilities to recover the costs of undergrounding new distribution power lines Dominion Virginia Power intends to bury approximately 6,400km (4,000 miles) of its most outage prone overhead lines over the next 10-12 years.