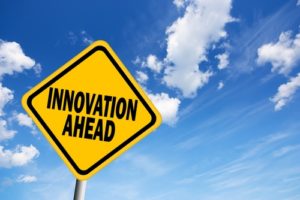 Often one reads that the utility industry is staid, slow moving and resistant to change and in some cases that is true. But what makes it exciting for us at Engerati, is that it is also at the cutting edge of development, testing and refining new business and technology innovations that will underpin its role in a changing, more digitally connected world.

The German utility RWE has a long history of innovation, and in an exclusive interview Dr Inken Braunshmidt, Innovation Hub head, revealed a more customer centric approach is being adopted. “The future energy system won’t be a system of just electrons and electricity but will be a system of infrastructure, of logistics, of communication, of mobility. The question we have to ask ourselves is what role we want to play in that system and for example whether we want to provide the electrons or to provide and steer the infrastructure, or to pull them all together.” [Innovation Takes RWE Towards The Future Energy System]

A topical example of a technology innovation is organic photovoltaics (OPVs), which is delivering ultra-thin, flexible solar panels with potential in a number of applications. Building facades and vehicle roofs are just two examples where this technology, which is now starting to be commercialized, could be applied. [Organic Photovoltaics Are Enabling New Solar Market Opportunities]

In an increasingly interconnected market such as Europe, transmission and distribution upgrades in a single country are likely to have wider spinoffs. So it is in Norway where a US$30 million transformer upgrade, while contributing to national energy security, will also contribute to supporting the integration and transmission of renewable energy between the Nordic region and the rest of Europe. Norway is a major producer of hydro power and wind power is on the increase in the region, and these investments in the transmission infrastructure will bode well for ongoing investment in the region’s renewables. [Norway’s Transmission Grid Upgrade -The Bigger Picture]

In our ongoing series of interviews with industry leaders in Asia at Asian Utility Week, Prasitchai Veerayuttwilai, executive director of EDMI (Asia, Africa, America), talks about the challenges surrounding smart meter deployments in the region and how to overcome these. In particular he advises that project aims must be justified at the outset, not during rollout, and that utilities should start with the ‘low hanging’ projects that would give them and their customers immediate benefit. [Early Justification of Smart Network Projects a Necessity]

Enjoy these and other stories on Engerati.