Power system flexibility will play a crucial role in helping Europe to achieve its 2050 net zero target, according to a new report released by Wood Mackenzie.

Wind and solar energy are expected to dominate the bloc’s power capacity as early as 2023 with countries including Great Britain, Germany, France, Italy and Spain leading the way.

Up to 169GW of wind and 172GW of solar energy capacity are expected to be brought online between 2020 and 2040, owing to strong government auction programmes which are pushing costs down.

However, the more capacity integrated with the grid, the more constraints utility companies will face to manage their networks as such flexibility will be vital to support this transition to renewable energy.

Rory McCarthy, a principal analyst with Wood Mackenzie, said: “With conventional power plants in decline and non-dispatchable VRE [Variable Renewable Energy] taking over the system, the only dispatchable assets – those that can be used on-demand – constructed will be purpose-built flexibility assets. These will be designed to compliment and capitalise on a new system architecture.

“Pump storage will remain critical over the next two decades but new-build flexibility assets will be focused on interconnectors, gas peakers and energy storage. Combined deployments of the three technologies will grow from 122GW in 2020 to 202GW by 2030 and reach 260GW by 2040. Without this new fleet, the system would become unmanageable.

“By the 2030s, however, energy storage is expected to become the winning flexible asset due to plummeting technology costs and VRE’s dominance. Storage across all segments will grow from 3GW in 2020 to 26GW in 2030 to 89GW by 2040.

“Energy storage and interconnectors, alongside demand response, will become the key tools when dealing with common low and negative net load hours. These periods occur when wind and solar generate more power than the system demands. Without these tools at the system operator’s disposal, we would have to curtail an eyewatering amount of clean energy and the grid would cease to provide high quality reliable power which could ultimately result in blackouts,” said McCarthy.

The research firm predicts that the energy storage system durations will increase in line with battery cost reductions. By 2040, 320GWh of energy storage (excluding pump storage) capacity could be available to balance the system on a second-to-second basis.

Front of the meter storage will get the lion’s share of this capacity, however behind the meter demand will pick up through 2040 as hybrid renewable systems, electricity bill management, and the resilience proposition become increasingly popular.

Both the coal and nuclear sectors will lose as a result of a surge in the power flexibility market in Europe.

The Future of Water 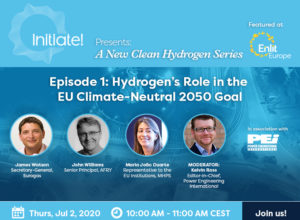