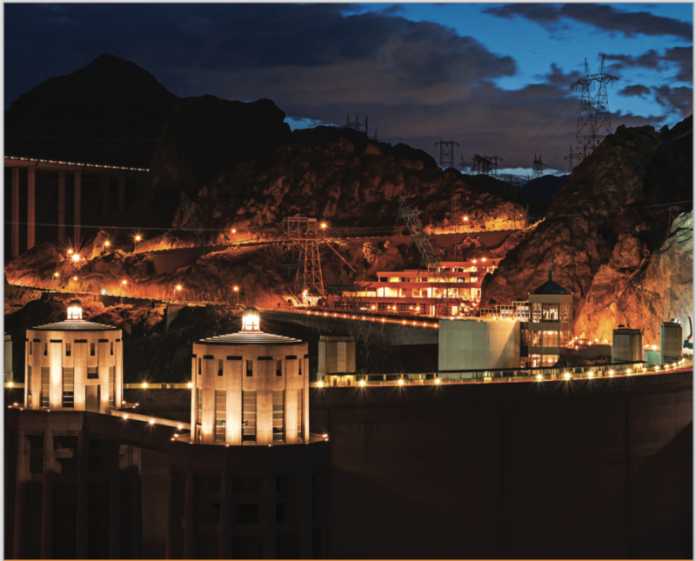 For decades, critical infrastructure entities, such as utilities, have relied on their own telecommunications networks. These privately owned, privately maintained networks have been used to manage day-to-day operations and to coordinate emergency services in times of crisis.

Many of these networks need to be mission-critical and have used portions of the wireless spectrum that were either unavailable to other users or unwanted by other industries. Historically some narrowband spectrum has been made available to allow for geographic reuse without interference. Increasingly these low data capacity networks are struggling to keep up with new technology. The use of private, uncrowded portions of the spectrum was employed because mission-critical tasks like providing power, protecting citizens, and responding to disasters needed reliable networks to be effective.

In recent years, as these mission-critical networks have evolved, the deployment of new services has caused an exponential increase in data communications and has strained the capacity of many existing infrastructures. At the same time, the ongoing need to implement and maintain security, both cyber and physical, has added to the data requirements of utility networks.

Many of today’s mission-critical networks face a two-fold challenge. First, there is the need to modernise. The present-day requirements for real-time data, sophisticated control and monitoring functions which continue moving farther to the network edge and high-level security, place new demands on the underlying infrastructure and are often more than existing narrowband networks can support.

Second, there is the need to ensure quality of communications. Many of the portions of the spectrum where mission-critical services have traditionally operated are either being reallocated to commercial providers or made accessible to other users and as a result, experience increased interference.

As mission-critical services address the challenges of modernisation and are forced to seek alternatives with less interference, there is pressure to make use of public cellular networks simply because these public networks are available. Using a commercial network for utility services can lower capital cost, but all the other decisions involved in running a network are left up to the service provider. That is, someone else decides how spectrum is allocated, the schedule for technology upgrades and maintenance, how to ensure availability, and so on.

While commercial network providers may be eager to gain the business of utility services and may make some accommodations to structure their offerings to suit their needs, the long-standing commitments these providers have to consumers influence their policies. For example, cellular technology supports prioritisation, which lets network operators give priority to mission-critical communications, but today’s commercial providers don’t make use of the capability. That means consumer-driven demand, for things like streaming media, takes bandwidth away from mission-critical services when it’s needed most.

Another consideration when working with a public cellular provider, beyond losing control of how the network is managed and the lack of prioritisation, is the fact that commercial networks don’t typically provide the level of performance necessary to support mission-critical applications.

The utility industry cannot compromise when it comes to connectivity, which is why organisations have relied on their own networks – they deal with operating requirements that are more stringent than other industries.

By running their own networks, mission-critical services can be confident they have the four things needed to remain responsive and effective in times of emergency: reliability, availability, latency and security.

• Reliability Communication with personnel and devices needs to go through, without interference, even in rural or remote areas.

• Latency Control and signalling communications sent to and from remote devices must be delivered without delay, at extremely low latency rates. When remotely switching a power line or controlling a circuit breaker, the signal needs to be transmitted in a fraction of a second, but commercial networks cannot guarantee latency rates this low.

• Security Safety and protection are of primary importance, for employees as well as the public, since extreme harm can result if utility infrastructure is hacked in any way. Access to the network needs to be restricted to ensure only authorised personnel can get into the network, and data transmissions need to be encrypted, to prevent tampering, theft, or, worse yet, acts of sabotage or terrorism.

Discouraged by the prospect of sharing spectrum with the general public, on a commercial cellular network that is unlikely to meet their needs for continuity and security, mission-critical services are expanding and enhancing their private networks to gain the connectivity and coverage they need where they operate in protected, licensed spectrum.

The need for standard technology

While private networks are critical to utilities, most utilities do not have access to enough radio frequency (RF) spectrum to deploy standard technologies, such as LTE or IEEE 802.16, the two most common wireless technologies. Standards such as LTE were designed for the consumer industry, not mission-critical sectors. This means that utility companies are forced to install communications networks that are proprietary, which puts them at risk if the manufacturer goes out of business or discontinues their product line. However, in the fall of 2017, a narrower channel standard technology was ratified and published by the IEEE.

IEEE 802.16s was a grassroots initiative launched because utilities were looking for a standard technology that could be used in the narrower channel bands to which they have access. These spectrum bands do not have enough bandwidth to support other standard technologies. LTE requires a minimum of 1.4 MHz and IEEE 802.16 a minimum of 1.25 MHz of bandwidth. It is designed for the mission-critical private broadband wireless market. It provides multimegabit throughput using a relatively narrow channel size (less than 1.25 MHz) and long range (greater than 40 km) to minimise spectrum acquisition and network infrastructure cost.

IEEE 802.16s is optimised for mission-critical remote-control applications, not the consumer market. Many utility applications such as supervisory control and data acquisition (SCADA) require more data to go from the remote devices, such as a substation, to a master device. This is a reverse asymmetrical data flow and is nearly opposite to the consumer market which is heavily driven by data that goes from the network to the remote device, such as in streaming Netflix. IEEE 802.16s addresses this by adopting time division duplex (TDD) with a downlink to uplink traffic ratio of up to 1:10.

LTE and several proprietary technologies are based on frequency division duplex (FDD) because spectrum has historically been paired. To understand the difference between FDD and time division duplex (TDD), think of FDD as a freeway where there are the same number of traffic lanes going into and out of a city. During morning rush hour, all the traffic lanes going into the city are clogged, and traffic moves more slowly due to congestion, while the traffic lanes going out of the city are mostly empty. It would be more effective if some of those lanes could be configured so that more of them could go into the city because there is more traffic. TDD allows for that ‘traffic lane’ configuration. You can choose how many ‘lanes’ move in each direction, making more efficient use of the RF spectrum.

How is this beneficial in utility applications?

As more data is required and more intelligence and processing for utility networks moves to the edge of the network, the capability of communications networks needs to increase. This newly developed, highly efficient, narrower channel standard enables critical industries to deploy mission-critical applications on private, licensed, secure wireless communications networks.

These communications networks can be used to manage a variety of utility operations including field area networks for downline distribution devices such as switches, regulators, reclosers and capacitor banks – in addition to more devices at substations and on the transmission grid. These networks can provide real-time monitoring and control, guaranteeing greater reliability of the electric grid. SEI

Kathy Nelson is the director of technical product marketing and industry relations at Ondas Networks. She has 25 years of experience as a telecommunications engineer in the utility industry focusing primarily on SCADA and Land Mobile Radio telecommunications systems.

This article was originally published in Smart Energy International Issue 2, 2019.  You can read the full digital magazine here.