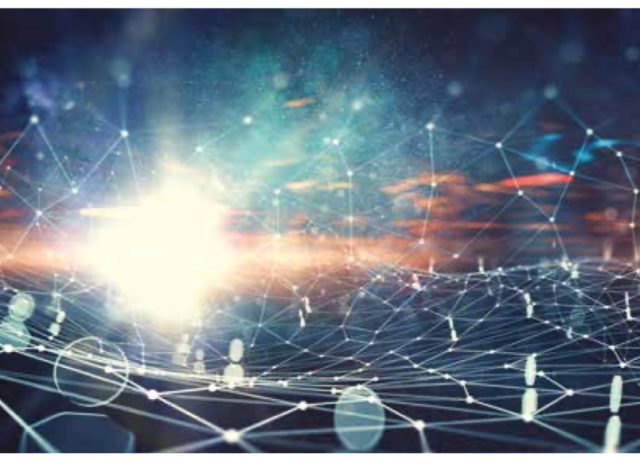 It was cellular wireless technology that enabled the smartphone to transform the world. Now cellular is extending its reach to bring Internet-grade security to DLMS smart metering. An open-source proof-of-concept using a cellular IoT module reveals just how simple deploying the technology can be.

Utilities are looking to smart meters to reinforce strategies to minimise operating costs and keep consumer bills down. But the mass deployment of smart meters is being hampered by inadequate technology and a lack of standardisation. Further problems arise because some existing smart meter connectivity technologies – such as PLC and M BUS – offer limited performance and flexibility. And the widespread deployment of proprietary solutions (for example, mesh and sub-GHz) severely limits interoperability and locks utilities into niche communication infrastructures and technologies which can be expensive to install and maintain.

As a consequence, the smart utility meter industry is crying out for a standardised, future-proofed solution that guarantees performance, scalability, interoperability, installation flexibility, and, through economies of scale, is relatively low-cost to both deploy and operate.

As the most widely accepted international standard for utility meter data exchange, the DLMS/COSEM standard (IEC 62056/ EN 13757-1) offers the most promise. Its wide scope and flexibility places DLMS at the centre of smart meter standardisation efforts in Europe and elsewhere.

The major impediment to realising DLMS’s promise is the lack of convergence or standardisation on the type of communications connectivity used to connect DLMS meters to the back-end utility infrastructure. The good news is that DLMS is been based on the Open Systems Interconnection (OSI) model, enabling it to leverage a wide range of communication media. That includes cellular, or more specifically, cellular IoT, an emerging wireless technology based on established, robust, and highly secure LTE (‘4G’) networks, which is ideally suited to the demands of connecting smart meters to the cloud.

In the US and much of Western Europe, for example, using existing 4G networks, LTE-M and/or NB-IoT coverage is supported by multiple leading network operators and extends to nearly 100% of the population.

Cellular IoT — itself based on international standards formulated over decades — presents a very real opportunity to globally standardise smart utility metering connectivity to the cloud in a way that wasn’t viable before. But the underlying technology is complex and can be daunting to the inexperienced. However, a collaboration between Finnish smart meter company Gurux, and Nordic Semiconductor now promises to dramatically simplify development of a DLMS smart meter communication via cellular IoT.

This simplicity is derived from the use of ‘plug and play’ highly integrated hardware together with the open-source software examples. To ease the path for smart meter manufacturers and utility companies wishing to take advantage of cellular IoT, an open-source proof-of-concept (PoC) smart electricity meter with cellular IoT module has been produced. The PoC directly addresses the engineering challenges typically encountered when using cellular IoT for smart meter reading.

How cellular IoT builds on the legacy of 2G M2M

Cellular (machine-to-machine or ‘M2M’) communications are not a new solution for smart meter connectivity. But traditional modems were designed to meet cellular’s governing standards body, the 3GPP, specifications for higher category operations beyond that needed for smart meters. (For example, the specification demanded that the modem could reliably perform voicecalls or stream video.) The result was a cellular M2M modem designed for use with 2 and 3G networks and that were massively over-specified for function and (unsurprisingly) expensive, bulky, and power hungry.

Recognising the future potential of the IoT and the role cellular could play (and anticipating the progressive shut down of 2 and now 3G networks), in 2015 the 3GPP extended its modem categories to meet the demands of IoT devices via Release 13 of its specifications. This encouraged the development of low power, low data-rate, ‘narrowband’ 4G (which is future-proofed and baked-into 5G) LTE modems for IoT applications. Wirelessly connected IoT devices typically demand low power operation (such that they can run from batteries in certain low-duty cycle applications), and long (kilometre) range. In addition, the LTEbased wireless protocol seamlessly integrates with the Internet Protocol (IP) used by the cloud.

While broadly similar, LTE-M and NB-IoT are complementary technologies, each optimised to provide the best cellular wireless connectivity for a given scenario. Both LTE-M and NB-IoT operate in managed and licensed frequencies but LTE-M supports higher data rates (up to 375kbps downlink and 300kbps uplink), offers better latency (down to tens of ms), and better matches the demands of mobile applications. In contrast, NB-IoT has lower data rates (sub 100kbps) and latency but offers longer range and enhanced penetration through obstructions.

Because the bandwidth and latency requirements of cellular IoT are modest, LTE-M and NB-IoT provide better coverage and link robustness than conventional LTE cellular applications (for example, voice calls and video streaming) using the same infrastructure. Both forms of cellular IoT benefit from Internet-grade security, very high Quality of Service (QoS), reliability, and scalability to support networks of billions (if not trillions) of IoT devices worldwide.

Using the PoC with a smart electricity meter

A key success factor is the ability to “abstract away” the technical complexity of RF engineering to enable the product developers to concentrate on the application in hand. This strategy has been extended to this smart meter cellular IoT PoC. By using this PoC platform, the developer doesn’t have to worry about the hardware and software design of the DLSM or cellular connectivity; rather they can use the PoC as the basis of the smart meter’s connectivity and thereafter focus on building the application to make the most of the data carried across the wireless link.

It is straightforward to configure the PoC for a prototype: first the engineer connects to the smart meter via the cable, selects the meter manufacturer and sets the MQTT parameters. The PoC is then able to use the MQTT Broker to send data across the LTE-M link and receive information back from the cloud-based client application. Although primarily designed for DLMS, the PoC can support alternative smart meter protocols across the LTE-M link.

The PoC can also be used as a prototype Network Interface Card (NIC). NICs are plug-in boards that can bring connectivity to a meter. The architecture is very popular since it introduces modularity enabling the meter to support different types of connectivity by swapping out the NIC for an alternative.

The PoC currently uses LTE-M cellular IoT because it supports the low latency and high data rate demanded by even the most challenging metering and smart grid applications. However, for many smart meter applications, NB-IoT would be perfectly satisfactory. And for advanced electricity meters, where both latency and coverage are important, it would make sense to incorporate a solution that supports both versions of cellular IoT to cover the widest range of applications with a single design.

In a metropolitan area, for example, there is likely to be a high density of LTE base stations ensuring coverage isn’t compromised. LTE-M also supports roaming between mobile network operators, which enables an easy switch to the network with the strongest signal. However, NB-IoT could be a better option in rural areas where LTE coverage is less comprehensive (although newly introduced LTE-M coverage-enhancement modes gradually being adopted by network operators will help to improve this situation), and it might also be the better option in those urban areas that feature meters located deep inside buildings or even underground.

Standardisation has been shown to work across all technologies and sectors and smart meters are no exception. Standardisation is imminent but is yet to converge on a single option – although DLMS is rapidly becoming the preferred alternative. A similar convergence is required for the technology providing the vital connectivity to the cloud. While there are several options vying for market share, only one – itself based on long-established global standards – offers the infrastructure, reliability, security and maturity demanded for mass adoption of smart meters. And that’s cellular IoT.

Previously, adding cellular IoT to a smart meter was a daunting task but now the PoC shows how easily DLMS and LTE-M/ NB-IoT connectivity can be implemented and used as a platform for further development, testing and optimization. The PoC has deliberately been made available as an open-source design, making it simple for anyone to replicate and use.

Cellular IoT-equipped smart meters not only increase consumer convenience, but also promise to initiate enhanced business models for utilities. Mobile network operators are committed to the support and development of these technologies for the long term and the 3GPP has already announced the next upgrades to LTE-M and NB-IoT. This boosts confidence in the technology, enabling utilities to “invest and forget” and then focus on the best way to use smart meter data to improve their business models. SEI