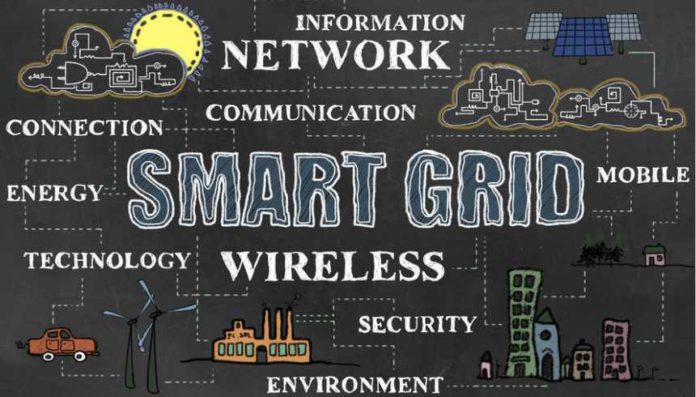 Growth in the US smart grid market has declined since the heyday of the early 2010s. Yet, significant investment opportunities still remain and will continue to emerge over the next decade. Advanced metering infrastructure (AMI) – arguably the most visible segment of the smart grid market – will receive the second largest influx of investment, after distribution automation (DA). Investor-owned utilities (IOUs) in the US have taken the lead in rolling out smart meters, with electric co-operatives (‘co-ops’) and municipal utilities (‘munis’) proceeding more cautiously. Many of the country’s largest IOUs have completed their deployments, and overall, half of the country’s 130 million residential electricity customers have received a smart meter.

Many large rollouts still lie ahead, and will contribute to a total of $110 billion in investment over the next decade across all segments of the US smart grid market.

The catalyst of large scale smart grid investment in the US was 2009’s Smart Grid Investment Grant programme (SGIG).

This was part of the American Recovery and Reinvestment Act (ARRA) signed into law in the wake of the financial crisis. From 2010 to 2015, 99 smart grid projects across the country received federal financial assistance for up to 50% of project costs.

In total, nearly $8 billion in federal and matching utility funds were invested. Smart meter deployments were the primary beneficiary of the programme, followed by distribution and transmission grid projects.

The programme was a critical success in nurturing the US smart grid market.

While US smart meter penetration has reached 50% overall, deployment progress varies widely across individual states. This depends largely on success or failure in rate case filings at each state’s public utility commission. Four states (Georgia, Maine, Nevada, and Oklahoma) and the District of Columbia have completed over 95% deployment. Eight more have completed over 75% deployment (including California, Texas, and Pennsylvania). Thirteen states are between 25% and 75% deployment while 25 states have completed less than one quarter of their AMI deployments – ten of which are below 5%.

The influence of state-level regulations can be seen in the actions of utilities that operate multiple subsidiaries across different states. For example, First Energy Corporation is rolling out smart meters at three of its ten utilities – the three located in Pennsylvania. The company’s remaining seven utilities – across Ohio, New Jersey, West Virginia, and Maryland – are yet to begin deployments. Entergy is another utility with subsidiaries across multiple jurisdictions. It recently received approval from regulators to deploy smart metering infrastructure to four Entergy utilities across the southeastern US (Entergy Arkansas, Entergy Louisiana, Entergy Mississippi, and Entergy Texas). None of the individual utilities serves more than one million residential customers, but combined, the agreement represents a very significant 2.3 million AMI end-points.

Upcoming rollouts will occur at some of the biggest US utilities

Seven of the top ten largest utilities have completed full smart meter rollouts, with an eighth not far behind. This group of early movers includes Pacific Gas & Electric, Southern California Edison, and Georgia Power. Rollouts at several more of the country’s largest IOUs have been awarded and are currently in progress or are set to begin within one to two years. Chief among them is New York City’s Consolidated Edison (Con Ed), whose rollout of 3.5 million AMI electricity meters began in mid-2017 and will be completed by 2022.

Duke Energy Carolinas, which has deployed AMI meters to a quarter of its customer base, will complete its rollout to remaining customers by 2019.

With vendors already lined up for these rollouts, opportunity can be found in those yet-to-be awarded deployments that will begin over the next five to ten years.

Although mostly outside of the top 15 in terms of utility size, these rollouts will be large, many of which will be over 1 million meters and a significant number are over 500,000. The level of rollout readiness among these utilities varies widely. Some are already in the planning stages and others are prepared to begin the procurement process.

Others still are years off from developing such concrete plans, but state regulatory trends suggest that investment in AMI will occur by the mid-2020s.

A continuing trend in the US market (and abroad) is the convergence of the markets for AMI and DA. These markets had largely remained separate in the past as they relied on distinct communications systems. Today, DA field devices are increasingly being connected via AMI networks, and traditional AMI vendors have begun tailoring solutions to accommodate both AMI and DA systems. Competition for these end-points among vendors has increased as AMI networks have brought greater visibility to DA systems. As DA presents the largest investment opportunity of any single smart grid segment over the next ten years, this convergence trend is set to continue.

Domestic vendors are dominant in the US market, both in AMI hardware and communications. Leading domestic AMI vendors include Aclara, Honeywell, Itron, Sensus, and Silver Spring Networks. The US vendor landscape has undergone significant consolidation in recent years. Aclara strengthened its position with the acquisition of GE’s metering assets in 2015. Honeywell entered the metering business when it acquired German-based vendor Elster in 2016 and has since greatly expanded its presence in the US AMI market, securing contracts for several upcoming rollouts.

The most recent (and potentially most significant) example of consolidation came in September 2017, when Itron announced its intent to acquire the leading communications vendor Silver Spring Networks for $830 million. The deal will combine two of the largest players in the market. In the distribution automation segment, domestic leaders include Eaton, GE, SEL, S&C, and a number of other players.

Most international vendors active in the US market hail from Europe, led by Swissbased global leader Landis+Gyr. Other leading European companies are primarily grid vendors with DA and other offerings, including Swiss-based ABB, French-based Schneider Electric, and German-based Siemens. With huge investment forecast for DA over the next decade, these foreign vendors – as well as the US-based grid vendors – will have ample opportunities in the US market. MI

Ben Gardner is president and co-founder of Northeast Group, a smart infrastructure market intelligence firm based in Washington, DC.

Stephen Chakerian is a research analyst at Northeast Group and was the principal author of the firm’s recently published US Smart Grid: Market Forecast (2017-2027).