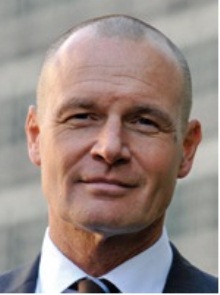 Mr Granström’s top 3 predictions for the power sector in 2015 are: