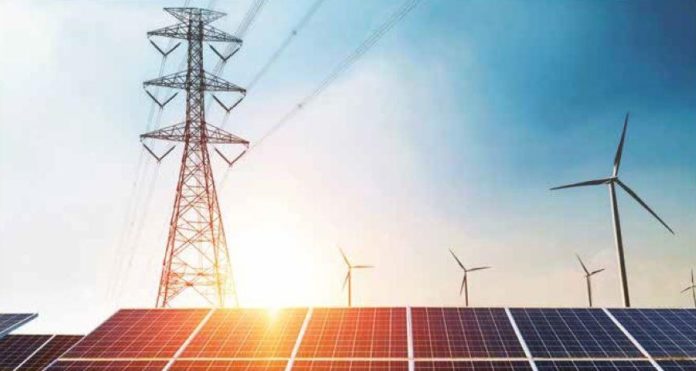 This article looks at the impact of Coronavirus on consumers with smart meters in the UK, the negotiation of power purchase agreements worldwide, and on shipments and the penetration of solar PV modules in the US.

According to the US Energy Information Administration, the US will continue to record a decline in shipments of solar PV modules in 2020 following a massive decrease in the first two months of the year.

Somik Das, an analyst with GlobalData, said: “The drop in photovoltaic (PV) shipments is a result of developers and customers overstocking modules in December 2019 to take maximum benefit of the solar Investment Tax Credit.

“Although there was a decline in shipments in the first two months, they are still way higher than the average shipments in August to November 2019. This shows developers are stockpiling modules in anticipation of supply chain glut, thus contributing to the increase in module prices.

“Installers would also like to secure higher tax credit by beginning their projects by the end of 2020. It is anticipated that COVID-19 will contribute to a further increase in the prices of modules due to supply chain disruptions and stay home orders.”

On a global scale, a decline in energy demand and costs due to COVID-19 is hindering negotiations on power purchase agreements, according to GlobalData, a data and analytics company.

Current scenarios in the energy industry as a result of Coronavirus are negatively impacting on PPAs as suppliers may have to either face a liquidity crunch to honour their PPA commitments or delay payments, which may lead to legal issues in the future.

“PPAs are a vital instrument for bankability of renewable projects, mainly during the times when government subsidies are fading out. The COVID-19 outbreak is damaging some existing PPAs and delaying new PPA negotiations.”

“PPAs are typically negotiated at discounts to the wholesale electricity price and therefore drops in the wholesale prices impact the PPA pricing structure and consequently the viability of projects in the short term. PPA negotiations have particularly slowed down due to the drop in electricity prices. With the extent of the ongoing COVID-19 restrictions unknown, it is difficult to estimate a correct pricing structure that would offer good terms for developers in the current environment.

“At the buyers’ end, companies bearing significant debt could defer from making new investments and take up a more cautious approach, as their demand for energy and other goods as well as revenues will decrease.”

Despite Coronavirus negatively impacting various sectors within the energy industry, UK consumers with smart meters continue to reap the benefits of the technology.

“Due to the lockdown, most industries, factories, commercial facilities, multiplexes and malls have been shut down and power consumption has significantly dropped. This is a clear scenario depicting the benefits of possessing a smart meter.” The number of domestic customers availing smart meters has been on the rise since 2015. This, along with a drop in electricity demand by 13% – and the fact that the UK is experiencing one of the driest Aprils on record, with strong winds – has led to a surplus in generation from renewable sources. The price drops are being noted during the peak hours, from 13:30 hours to 16:00 hours. That is the period when generation from solar PV is the maximum.

“This phenomenon of negative electricity prices was brought first to the limelight by Octopus Energy. However, no major threat would hover over the company in terms of financial losses. The drop in prices is not huge; this is further ensured by the meagre rate of pay to consumers. Slowly and steadily, essential industries will become operational, which will mean more factories will start operating, demand will rise, and, by the time the lockdown period ends, this phenomenon will be averted.” SEI