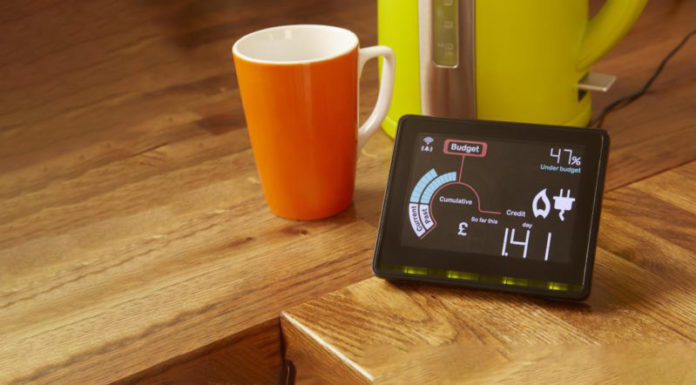 Smart meter rollout to domestic homes in Great Britain (GB) has been a long-running saga. The government first set out its expectations for an energy supplier-led rollout in its 2007 energy whitepaper.

Requirements for energy suppliers to take “all reasonable steps” to install smart meters to all homes by the end of 2019 were introduced five years later.

This deadline was subsequently extended to the end of 2020 to account for delays to GB’s national smart meter communication infrastructure. Delays have been a defining feature of the rollout, despite expectations that the smart metering programme would be nearing completion by now.

In reality, the domestic rollout is only just nearing the 40% mark, according to the latest Department for Business, Energy, and Industrial Strategy (BEIS) statistics. Now, in the year that was supposed to be the final stretch, installations have been brought to almost a complete halt due to the onset of COVID-19.

The long-lasting impact on the rollout is uncertain, but steps will need to be taken by the government and Ofgem, the GB energy regulator, to put in place a framework that ensures that the rollout can continue in a safe and controlled manner.

Despite various setbacks to the GB rollout over the years, since the start of 2019, there have been some significant steps forward, with some of the major issues plaguing the programme being overcome. In particular, the installation of second-generation smart meters (SMETS2 meters) has started, taking the reins from the devices compliant with the earlier SMETS1 specifications.

In a programme where large suppliers have tended to lead the way, many small and medium suppliers got their rollouts up and running in 2019 as SMETS2 meters became readily available. For the 13 million or so SMETS1 meters that have already been installed, there is a major programme underway to ensure that these devices can be adopted into the DCC systems, ensuring interoperability.

Over 300,000 meters have already been migrated. Adding to the four million-plus SMETS2 meters that are in operation, up from around 250,000 at the start of 2019, it was until recently looking like the programme was enjoying its most successful period to date by some distance.

2019 also saw the BEIS publish its plans for a post-2020 framework to continue the momentum of the rollout after the 2020 deadline passes. In its consultation, it set out its intention to introduce binding targets for suppliers to install a certain number of meters every year, to deliver a market-wide rollout by the end of 2024.

BEIS set out that it expects the vast majority of technical constraints associated with smart meters to have been resolved by the end of 2020, and as such said that there was less need to provide the flexibility that the ‘all reasonable steps’ arrangements offer.

It did offer a 15% tolerance level on supplier targets to account for external factors, although it expects that the majority of suppliers will deliver above and beyond their legal requirements. However, at the time of writing, BEIS is yet to confirm this new framework, and questions remain around the exact requirements that will be put in place for next year.

To address the COVID-19 pandemic, the GB government introduced social distancing measures on 15 March, before moving to a lockdown on 23 March. While Ofgem initially said that non-essential smart metering installations could continue, the rollout almost immediately ground to a halt, with the energy trade association Energy UK announcing that all of its members would only be undertaking installations in emergencies. Many companies put smart meter installers on temporary furlough leave, with some employees losing their jobs completely.

According to BEIS statistics, the first quarter (January – March) of 2020 saw a 15% decrease in smart meter installations when compared to the previous quarter, which BEIS said was largely attributable to the impact of COVID-19. Data published by Electralink shows social distancing and lockdown measures coinciding with a rapid decline in installations, dropping from between 11,000-12,000 every weekday until mid-March, to well below 500 installations a day at the end of March.

The majority of these installations are likely to be emergencies where the installation of a new meter is the only way to restore a customer’s energy supply.

As lockdown measures start to ease, there have been reports of installations starting to begin again, although the long-term impact is uncertain. The enrolment of SMETS1 meters into the DCC systems, for the most part, is done remotely. So, the restoration of smart services for affected customers should be less impacted by the pandemic.

The decline in installations has had an impact on the stock held by suppliers. With lower levels of meters than expected being installed, stocks have built up in the supply chain.

There were concerns that this could lead to devices having to be scrapped. This is due to a 27 October 2020 deadline which specified suppliers would no longer be able to install devices compatible with v2.1 and v3.0 of the SMETS2 specifications. There were also worries that the newer SMETS2 v4.2 devices would not be available by this date. As a result, a Smart Energy Code rule change was implemented to allow v2.0 and v3.0 SMETS2 meters to continue to be installed for an additional six months, with the new end date to be kept under review.

Another rule change has been implemented to allow deliveries of communication hubs to be deferred or reduced, addressing warehousing issues.

Future of the rollout

The future of the smart metering programme in light of COVID-19 is uncertain. However, Ofgem has recently provided some assumptions on the future of the rollout as part of a consultation considering how the costs of smart metering should be factored into the government’s energy price cap, which provides a useful view of where things could potentially be heading.

Uncertainties around when the rollout will restart and the constraints that may apply when it does so were also highlighted. The possibility that consumers may be less willing to accept a smart meter was also considered. Overall, Ofgem’s assumptions show the electricity meter rollout reaching 68% completion by the end of 2023, compared to 87% in its comparative assessment from October 2019. For gas, the figure is only 63%.

Although the May 2020 rollout assumptions have been updated with actual install numbers for 2019, which saw installations down slightly on 2019 forecast, the potential impact of COVID-19 on the rollout is still clear to see. Ofgem stresses the uncertainties involved in its assumptions, and it is worth noting that actual installation rates could be significantly above or below the new forecast.

With less than half a year until the government’s post-2020 smart meter rollout framework is supposed to be in place, but with so much uncertainty still surrounding the rollout, it may be prudent to temporarily hold off from making drastic changes to the requirements on suppliers. The plans were predicated on the majority of issues with the rollout being overcome, but COVID-19 looks far and away one of the biggest challenges that will have been faced during the programme so far.

An alternative approach, such as the extension of the ‘all reasonable steps’ arrangements, even just for one year, would allow suppliers to work towards bringing their rollouts back up to speed, without them needing to take unnecessary risks or face disproportionate costs in order to meet legally binding rollout targets. This would also reduce the burden on Ofgem when monitoring how suppliers have complied with the requirements. The flipside is that the introduction of binding targets may provide an impetus for getting the rollout back up to speed more quickly, supporting the supply chain and jobs.

Rowan Hazell is a senior analyst with Cornwall Insight. He works within the regulatory team, focusing on smart metering, electricity governance, and policy and regulatory developments impacting on energy suppliers and generators. Hazell has worked on several projects during his time with Cornwall Insight, including work on international flexibility markets, the decarbonisation of heat, licensing, and retail market intervention