However, it’s the spark of electricity and the rising wave of water that typically take the headlines. Indeed the electricity sector provides over 70% of all smart meters shipped each year, whilst water is increasingly a fast adopter of the ‘metering as a service’ solutions that vendors have developed in recent years.

Meanwhile, the slow burn of the gas meter market has been steadier and indeed more cautious than for other utility types to date. Interesting then, that growth in 2018 for smart gas meter technology suddenly exceeded expectation on a global scale.

The headline growth for gas meters

Over 53 million gas meters were shipped worldwide during 2018, with global growth driven by large-scale rollouts in multiple key markets such as China, the Netherlands, France, Italy and the UK.

Communicating meter penetration reached over one in three meters shipped for the first time during 2018 as the key rollouts accelerated even beyond initial expectations and the long-awaited SMETS2 rollout in the UK finally got underway. The global installed base of communicating gas meters topped 100 million during 2019.

The penetration rate for communicating meters will drop for EMEA as the four big rollouts draw to a close in the next few years, but global penetration will rise to almost one in every two meters shipped by 2025. This includes both Automatic Meter Reading (AMR) and Advanced Metering Infrastructure (AMI).

Many regions continue to grow through new gasification (the expansion of coverage for the gas network) and smart metering initiatives or mandates. For example, one area of emerging potential comes in India, as smart metering gains greater focus from national and local governments – both for electricity and gas. Three large tenders released by gas utilities in 2018 point to a significantly increased market potential, even if initial rollout progress is likely to be slow.

However, for markets with higher actual penetration rates of metering and even AMR technology, the search is on for vendors to understand which applications will drive the next generation of investment.

There are three key stages in the type of deployment of metering technology:

Alongside the gradual progression towards stage three deployment over time, the type of demand from the utility for smart metering technology also shifts:

Enforced demand – Most commonly, the key driver for the initial shift to smart metering is a national rollout enforced (or even subsidised) by government legislation and initiatives. Examples of policies include the numerous EU rollouts, or the initiative through China’s 13th Five Year Plan.

Organic demand – As the technology matures and more applications are found for using/monetising meter data, utilities can start to drive their own agenda and technology choices. Whilst initially centered around billing and the labor-saving on meter reads, utilities start to find new ways of analysing and monetising the data they have available, particularly through cloud-based software and analytics solutions. Many utilities champion the improved customer service benefits too (though typically more as a justification of spend rather than an actual return on investment for the utility).

In this phase of demand, stage three type metering deployments are made, driven by the utilities themselves identifying new ROIs, rather than a simple need to meet legislation.

As vendors and utilities look at the potential specifically for gas meter rollouts over the next five years, two interesting regional trends therefore develop.

In the North American market, a long-standing hold-off on new meter technology investment started to break in 2018, with over six million new retrofit modules shipping to utilities in the year. This is not just for turning basic meters into communicating meters, but many are also upgrading first-generation AMR solutions into fixed network AMI meters.

Whilst AMI will always be based primarily on the ROI of meter-to-cash process cost and efficiency, there is growing momentum behind safety-focused ROIs helping to justify the utility spend on network infrastructure. This, in part, follows high profile incidents such as the Massachusetts fires and explosions in late 2018. Utilities want to remain ahead of any legislative action but can also drive more ROI from the same investment through the addition of pressure sensors on the same communications network.

In the case of North America, it’s organic demand for stage three type metering that has emerged as the trend for the next 3-year cycle at least.

In APAC, the top-level numbers continue to be dominated by China, which contributes almost 72% of the total annual gas meter shipments at present.

However, the long-term potential of India for communicating meters is one of the biggest emerging stories of the industry. Whilst an initial focus on huge shipments of electricity meters (some early government claims suggested 50 million meters in the next five years) took centre stage, the gas meter market is also taking shape as the government pushes to replace the reliance on bottled gas infrastructure.

With three tenders out for one million meters each and ambitious rollout plans for the future, even while the rollouts will likely take longer than anticipated, this will provide real growth to the APAC communicating meter market overall. Meanwhile, technological developments for related technology – and communications networks in particular – also have the potential to unlock more demand back in the metering world.

For example, the rise of NB-IoT will bring the opportunity of smart gas metering to new customers, because many utilities do not have the desire, ability or funds to own and operate their communications network. Less than 10% of smart gas meters shipped in 2018 used Cellular IoT, but this will rise to almost 30% in 2025. While much of this is in China, there is also rising adoption across multiple other countries.

Despite the growing market size overall, gas utilities are still cautious about investing and meter lifetimes are long, meaning utilities don’t look to replace hardware often. Meter vendors are therefore looking to find new ways to entice utilities into shorter meter lifecycles through the use of enhanced features.

Static metering will therefore steadily grow for the foreseeable future, but particularly where additional features (such as remote shutoff) are built into the static meters only. These new features will become the main topic of conversation for hardware in the coming years, along with the evolving business models of software and service solutions that vendors can offer their utility clients.

As these trends converge – from the evolution of technology to the changing phase of demand from utilities – the slow burn of the gas metering industry seems poised to fire up in the next five years ahead. SEI

David is a Research & Analysis Manager for the Building Technologies and Smart Utilities Infrastructure group at Omdia. Omdia is a leading technology research provider that combines the acquired IHS Markit technology research portfolio with Ovum, Heavy Reading and Tractica.

David is currently responsible for leading a team of analysts focused on our building technologies areas such as access control, intruder alarm, fire suppression, smart building and smart lighting.

He also leads our smart utilities intelligence services, research on key technology trends and consumer analysis for smart metering and AMI related software/services, as well as speaking at events such as European Utility Week and Distributech. David holds a Bachelor’s degree in Mechanical Engineering from Cardiff University and is based in the company’s Wellingborough, UK office.

Click here for more information about the smart metering market. 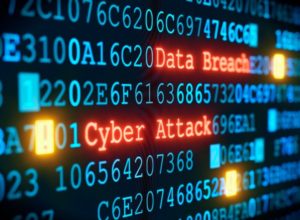