The focus of the investigation by Jamaica’s Office of Utilities Regulation (OUR) was on meters installed between 2017 and 2019.

During that time Jamaica Public Service validated had accelerated the deployment of residential smart meters. However, despite the meters undergoing the requisite testing, complaints started emerging of high bills, particularly in cases of meter replacements.

Similar complaints had been experienced during earlier phases of the smart meter rollout. But investigations at the time had been inconclusive and unable to isolate any of the three main reasons – under recording of the old meter, over recording of the new meter, or that the customer previously had an illegitimate connection which was rectified on replacement.

The OUR selected a sample of over 300 customer accounts which had undergone meter replacement with smart meters for its study.

Data inspected was monthly consumption for at least 12 months prior to the meter change and six months after, along with the technical data for the old and new meters.

The conclusion: that within the margins of error, the electricity consumption changes largely showed a normal type distribution, where accounts with increased consumption were fairly balanced with accounts experiencing reductions.

In other words, as other utilities have experienced and the OUR stated in its findings, that large shifts in average consumption are not unusual following large-scale meter replacements, due to the decline in accuracy of the older meter types.

In particular, above average consumption changes occurred when the old meter was of electromechanical design, the OUR noted.

“With the investigation now completed, Jamaica Public Service (JPS) is pleased with the satisfactory rating from the OUR which confirms that the integrity and functionality of the technology is up to standard,” the company said in a statement.

JPS installed its first smart meters back in 2008 for C&I customers. The residential rollout was started in 2011 and went island-wide for its over 600,000 customers in 2016. 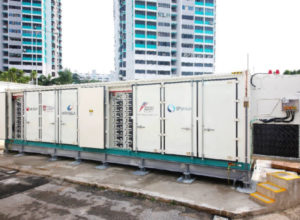