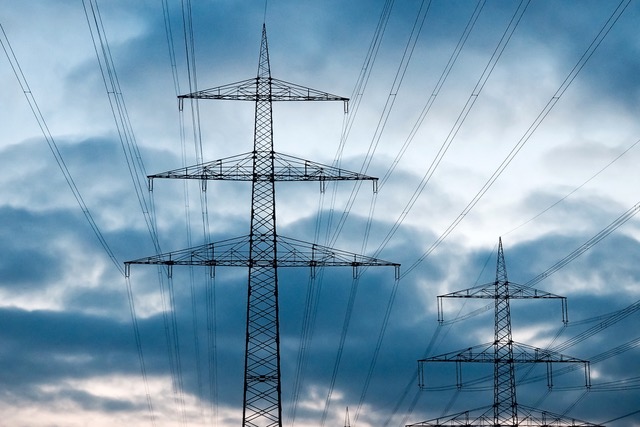 The history of using the power lines to transmit information is full of challenges, has seen a few technological breakthroughs and is transforming the value and usage of one of the most pervasive assets: the power lines.

The art of sending information over the power lines, so-called powerline communications (PLC), has been around for nearly a century. Initially conceived to transmit very small amounts of data, using low frequencies (LF) and mainly for telemetry purposes over the high-voltage (HV) lines, it has evolved considerably, reaching Gbps capacity using high frequencies (HF) and being applied to a myriad of outdoors and indoors applications on the HV, medium-voltage and low-voltage (LV) grids.

Evolution, I have had the pleasure of witnessing and contributing to.

When deploying smart metering infrastructure, DSOs’ choose the LV power grid as the medium to interact with the smart meters. PLC has been chosen for many reasons, particularly as the DSOs stay in full-control of the information exchanged and hence simplifies privacy and security management. It reduces operational costs as there is no need to pay third parties for telecommunications services, and having full control over the quality of the smart metering network, adds value to the DSO’s assets (the grid). Additionally, in some cases it is the easiest and most efficient way to communicate in places not covered by other technologies.

The technology to do so has mainly been PLC technologies using the LF bands (NBPL). In the early 2000’s several more advanced NBPL technologies were designed and developed to address smart metering. First released in 2008, these technologies use the LF bands and OFDM-like modulations. They offer physical-layer capacities in excess of 100kbps and have been used in large rollouts in Spain, France and Italy.

Broadband PLC or BPL is a type of PLC that uses the HF band, delivering larger capacity and was initially released in the early 2000’s. It has recently been considered for smart metering too, because of the capacity increase and because it adds a number of interesting features which, in summary, enable the provision of any service needed by smart grids beyond metering.

Although PLC is the best choice in most cases for smart metering networks, it does not mean that having a large deployment of PLC smart metering operating to the required SLAs is straightforward.

Existing large rollouts show that after deploying PLC smart metering devices there are approximately 5% of the meters that are not operational (do not connect or are not seamlessly read). Even so, PLC is still the most appropriate technology to use because, with appropriate network maintenance and operations services, it is easy to bring the whole smart metering deployment to full operation – keeping capital and operating costs much lower than with alternatives.

Non-operational smart meters may be due to reasons not specific to PLC like hardware failure or interoperability issues. But in many cases, it is due to communication issues such as noise, attenuations, loads changing, etc.

Arkossa is a company with 6 years of hands-on field experience in supporting DSOs with the required services to maintain and operate PLC smart metering networks.

Although network services are part of operating telecommunications networks, such as smart metering networks, some stakeholders are not aware of this fact and do not plan to run these services. It is not until they are well through the rollout (when the focus is normally on capital expenditure and not on operations optimisation) that they realise that the smart metering networks are not fully plug & play and requires network management and operations services. These stakeholders believe that the smart metering networks do no need to be maintained and that full connectivity and readability are achieved and maintained from day one. Actually, in a small smart metering pilot it is possible that the resulting connectivity and readability are misleadingly high. If a large deployment results with 20% of meters not being fluently readable, there is an 80% that are. A small pilot could very well take place in an area with very high readability. But, as previously stated, real large-scale rollouts show that are not fully plug & play and that the network services are required.

PLC technologies are amazing, bringing together the worlds of electricity energy and of telecommunications. DSOs have already benefited from using BPL over MV and NBPL over LV. Many more exciting opportunities to improve the DSOs operating costs are possible by using BPL and the new PLC technologies on LV and on MV, together with the appropriate services!

You can visit Arkossa at Stand: F90a at European Utility Week on the Spanish Pavilion.