As at the end of September, 15.6 million smart meters have been installed and are operational in the UK, according to the Department for Business, Energy and Industrial Strategy (BEIS).

Related Stories:
AMI data does not stop at billing
A smart meter every 7 seconds to equip 85% of UK consumers by 2024
UK smart meter rollout is stumbling – consumer survey

The smart meter rollout started in 2011 and was expected to be completed by the end of 2020, but has been dogged by delays and technological hitches, with the most severe of which caused by the first generation of smart meters rolled out. These SMETS1 meters would become “dumb” - effectively losing the ability to communicate consumption data with the energy company should a customer switch energy suppliers.

This problem was overcome with the rollout of more advanced SMETS2 meters, and the installation of these “smarter” meters reached the 2 million mark early in 2019.

In September, the UK government announced a revised deadline of 2024, with plans to ensure that each energy supplier meets a minimum of 85% coverage by 31 December 2024, but according to industry research agency Cornwall Insight, this would require a meter to be installed every 7 seconds.

According to the BEIS, 28% of domestic meters in Britain are now running in smart mode, with 38% of non-domestic meters operating with advanced functionality. 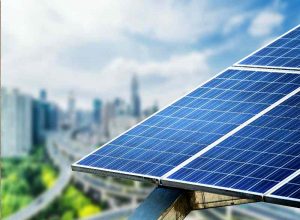