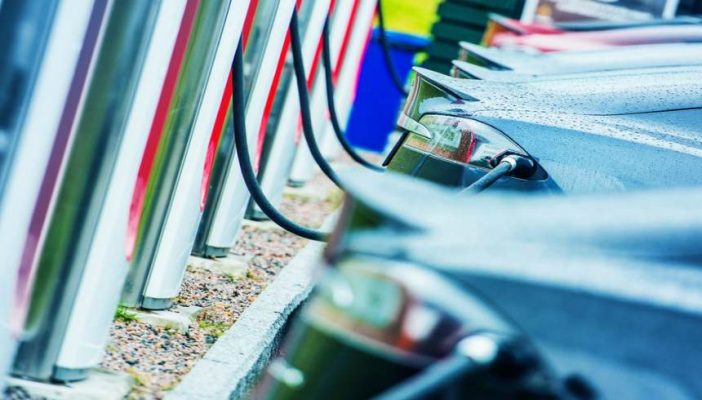 The global sales of electric vehicle batteries surpassed a valuation of $ 90,700 million in 2018, and are anticipated to register a Y-o-Y growth of 13.6% in 2019, according to research firm Fact MR.

The research firm finds that governments are pushing the adoption of EVs, moves contributing to an effective reduction in emissions of greenhouse gases. This, coupled with growing consumer concerns regarding negative impact of climate change and alarming rise in pollution levels has influenced growth in EV production, subsequently boosting the sales of electric vehicle batteries.

Additionally, around 20 major cities worldwide have announced the plans to ban gasoline and diesel cars by 2030 or sooner, providing potential growth prospects of the electric vehicle battery market.

Although EVs continue to gain popularity for their lower running cost, increased interior space, and unique exterior styling, many customers still express concerns over their cost premium and lack of charging infrastructure.

This has led to introduction of new battery cells and reduction of battery pack mass, resulting in improvements in energy density, charge discharge, and thermal performance. Further, advances in battery management systems have contributed towards extending battery life, vehicle range as well as safety. Prospects of the electric vehicle battery market will be promising, as cell manufacturers are also directing their focus towards innovative concepts such as solid state technology, lithium-air batteries, and alternative metal-ion chemistries.

The study opines that APEJ will continue to be the leading market for electric vehicle batteries, with sales in 2018 closed in on revenues worth $ 35,000 million. Global production of batteries for electric vehicles, especially passenger cars, remains concentrated in Asia, with China controlling over the raw materials such as lithium and cobalt needed to manufacture the batteries. In addition, according to the World Economic Forum and EV Volumes.com, China accounted for nearly 60% of the global electric vehicle sales and production in 2018. These factors along with strong automotive industry, improving economy, and rising disposable income in the region will continue to drive the APEJ electric vehicle battery market.

With over 50% revenue share in 2018, passenger cars continue to account for highly significant sales of electric vehicle batteries, according to the study. New government initiatives such as financial incentives reducing the cost of buying EVs, low- and zero-emission vehicle mandates, tightened fuel-economy standards and regulation, and other are likely to influence the adoption of electric cars, which in turn will impact the sales of electric vehicle batteries for passenger cars.

These insights are based on a report on Electric Vehicle Battery Market by Fact.MR