Azure has issued a whitepaper analysing the global energy storage market since 2014 through to 2020.

According to the whitepaper, the adoption of energy storage systems has over the past ten years grown steadily. Between 2003 and 2013, the market has witnessed an average year over year growth of 24%.

Despite the growth, Azure says the market is still in its early stages of development, with majority of the projects being implemented under pilots and commercialisation of the technology and related business models.

The energy storage market depends on the structure of the energy markets, energy pricing, generation, demand and transmission.

Japan and the US have dominated the early stages of development. At the end of 2013, China accounted for 83% of installed capacity and became the fastest growing market.

Germany has the highest number of energy storage subsidies programmes, California is leading other regions in setting energy storage targets, Australia has significant distributed solar penetration, whilst the US and South Korea have good ancillary services, driving adoption of energy storage systems.

Australia and Italy showed that highest value for bulk electricity time shifting: Although advanced energy storage technologies will probably not be able to hit the price points to open up this market before 2020, these high value markets should be favourable for PHS.

Development or stacked applications that derive only part of their value from wholesale energy arbitrage.

Uncertainty looms regarding wholesale market pricing as the penetration of wind and solar increase: Peak and off-peak prices have been significantly affected by wind and solar selling into the wholesale market. Although, PHS may appear attractive based on 2013 modeling, many developers are unwilling to invest citing future uncertainty.

In addition, the introduction of capacity payment to offset declining revenues from energy sales could create new opportunities for capacity based energy storage applications while driving up electricity price inflation.

Wind integration opportunities remain elusive: Based on projections of wind integration costs from a number of international studies, Azure modeled the value of an energy oriented storage system. The results show a clear trend of increasing benefits from 2013 to 2020, but the 2020 NPV benefit will likely be too low to attract energy storage investment without further subsidy support. Investment in new transmission, improved forecasting and revised generation scheduling practices, should provide an effective means of integration in the short to medium term.

Transmission and distribution upgrade deferral not attractive: Azure compared the conventional valuation approach (annualised avoided cost of transmission upgrade) to one based on the costs of using diesel in place of ES. The results clearly showed that diesel, due to its low CapEx and due to the application’s low utilisation requirement, is a very cost effective means of delaying upgrades.

Energy Management is Attractive but Only in Select Markets: In general, the value of energy storage increases closer to load. This is because ES can provide more benefits to upstream grid assets.

Based on a survey of tariff structures within the 10 countries covered, Azure found that several countries (Australia, US, Japan) have currently implemented value propositions for TOU energy management, demand charge management, or a hybrid of both.

The value of this application is strongly dependent on retail pricing structures and does not necessarily exist in markets with high retail electricity tariffs, like Germany.

Small-scale PV Integration close to Economic but not yet there: This application valuation, which considers the value of self consumption versus grid discharge, is close to being economic with high-value cases in Germany, the U.K., Italy and Australia provided a NPV lifetime benefit over US$ 700/kWh.

However, current system prices for lithium ion type systems are still above $1,000/kWh, so this market will take some time to develop. As electricity inflation continues and PV panel prices continue to decline, the value of this application should grow quickly over the coming years. 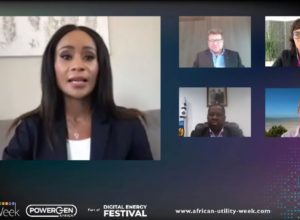