Tata Power said the 10MW/10MWh system, based on lithium-ion technology and owned by AES and Mitsubishi is the largest in South Asia.

Fluence, the technology provider joint venture (JV) formed by AES together with engineering company Siemens, supplied the battery system itself, based on the Advancion lithium-ion battery storage platform originally developed through the AES parent company.

Praveer Sinha, CEO and managing mirector of Tata Power said: “Tata Power’s collaboration with AES and Mitsubishi is one of the significant milestones in the Indian power sector.

The project marks a big step forward in the country, which faces an enormous target of 225GW in renewable generation by 2022. The country recently announced its plans to build the world’s largest solar farm, predicted to bring an additional 3GW of capacity online by 2023, however, it is predicted that an additional 46GW of peaking capacity will be required by 2027.

The storage system is considered to be a “pathfinder project” for the nation to demonstrate how battery storage can help with renewables integration by smoothing their output to the grid and provide critical flexibility during demand periods. 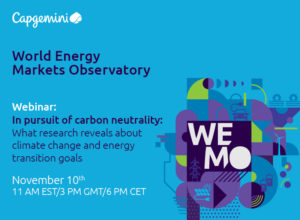